The Fairphone 2 is a smartphone with a modular design that makes it easy to repair (and possibly easy to upgrade in the future). It’s also built from ethically-sourced materials.

As the name suggests, this is the second smartphone from the Fairphone team, and it’s generated a lot of buzz for not only avoiding use of materials from conflict zones, but also for its modularity.

Fairphone has been showing off prototypes for about half a year, with pre-orders launching in July. Now the first units are ready to start shipping to customers. 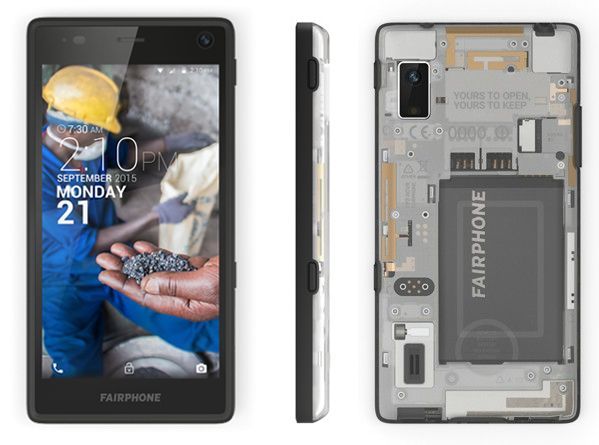 The first batch to go out is pretty small: Fairphone says about 200 phones will go out in the first group, with about 800 more coming in a second batch. If you order a phone in December, it should ship in January.

This isn’t necessarily a phone that’s going to appeal to everyone: the Fairphone 2 has the specs of a good 2013 era smartphone, but it’s priced like a 2015 flagship.

But some folks are willing to pay a premium for a phone that’s easy to upgrade and which is manufactured using ethically-sourced materials. A portion of the sales price also goes to a worker welfare fund for the people that assemble the hardware.