Video conferencing system Zoom has seen its user base explode over the past few months as millions of people stay at home to slow the spread of COVID-19. So it’s not surprising to see rivals starting to copy some of Zoom’s most popular features.

Case in point — Facebook has launched a new group video calling feature called Messenger Rooms. When you set up a room you can invite up to 50 people to join the call… and they don’t even need a Facebook account. Just send a link to your guests and they can click to join the conversation.

It’s just one of several new features video features Facebook is rolling out. 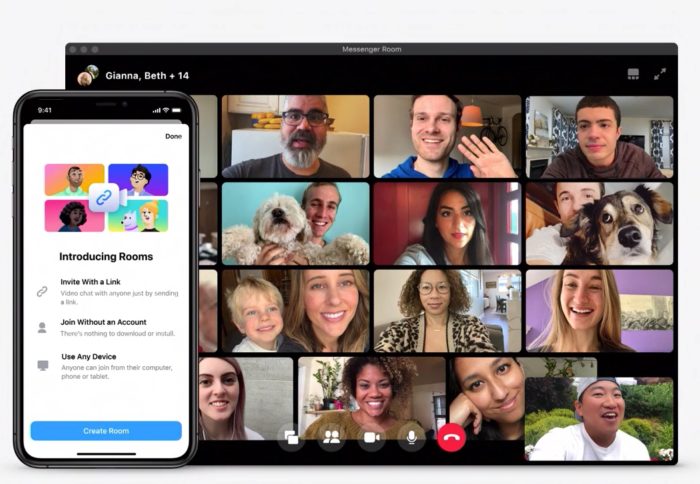 Other new video features that Facebook is rolling out include:

Rivals including Google and Microsoft have also been upping their video chat game at a time when video conferencing tools are more in-demand than other. There’s evidence that Google may also be preparing an invite link feature for Duo that will let users generate a link that guests can click on to join a group call.

Meanwhile, folks who are looking for an open source alternative that’s not tied to a huge tech company have been touting Jitsi Meet as an alternative (you can set it up on your own server if you don’t want to use Jitsi’s).

How have you been keeping in touch with friends, family, and colleagues during the pandemic?

via The Verge, Engadget, and Mark Zuckerberg

2 replies on “Facebook launches Messenger Rooms (Chat with up to 50 people, send links to non-FB users)”