Facebook may be the dominant social networking site on the planet, and one of the biggest players in online advertising. But despite years of rumors of a so-called “Facebook Phone,” the company’s efforts in that space have been pretty lackluster so far.

But according to Business Insider, it looks like Facebook may be working on something new… or at least something new for the company: a modular smartphone.

In fact, it seems possible that Facebook may be picking up where Google left off when Google canceled its Project Ara effort to create a modular smartphone and surrounding ecosystem. 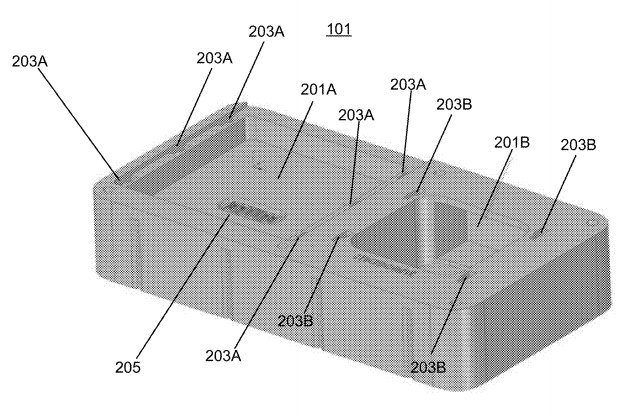 Facebook’s Building 8 group filed a patent application for a modular device that can incorporate phone, GPS, touchscreen, and other components. It’s not entirely clear that the device will be a phone, but it sure sounds a lot like one.

Business Insider notes that many former Google Project Ara team members are also now working at Building 8, which lends credibility to the idea that Facebook is developing a modular phone or some other sort of modular device. The company also owns Oculus, so maybe a next-gen VR headset could be a modular device with phone features… although it’s unclear why you’d need a touch display in that sort of product.

There are a few things to keep in mind about this report though. Even if it’s 100 percent accurate, companies apply for patents on concepts that never come to market all the time. Building 8 is responsible for developing forward-thinking products that may never see the light of day. And it’s not really clear at this point how a modular phone would fit into Facebook’s business model.

So even if the company is working on a modular phone-like gadget, there’s no guarantee you’ll ever be able to buy one from the company.

But it’s certainly interesting to see that someone is at least thinking about resurrecting the ashes of Project Ara.

5 replies on “Is Facebook working on a modular smartphone? (Project Ara-resurrected)”