Facebook’s next VR headset has higher-resolution displays, a faster processor, and more RAM… but it has a lower price tag than the original Oculus Quest standalone VR headset, and the new model also weighs less. 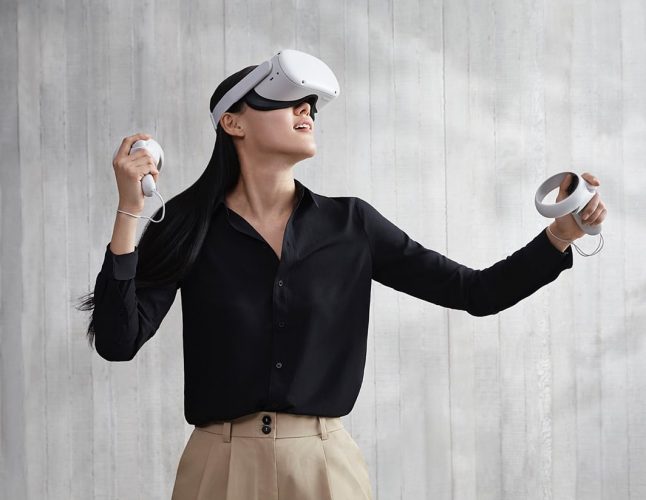 The new headset features a Qualcomm Snapdragon XR2 processor, 6GB of RAM, dual 90 Hz 1832 x 1920 pixel displays (for 50-percent more pixels than the original Quest), and it comes with a set of handheld motion controllers.

Available with 64GB or 256GB of storage, the Quest 2 is designed so that you can use it without plugging the headset into a computer. Games and apps run on the headset itself.

But you can also connect the Quest 2 to a PC using an Oculus Link cable if you want to play games or interact with experiences that require more horsepower than the Quest 2 provides on its own.

And that’s significant, because Facebook is done making headset that only work while plugged into a computer. The Oculus Rift S will be discontinued soon, with sales set to end in spring, 2021.

That means the company is streamlining its Oculus headset lineup to focus on a single do-it-all product… which also happens to be one of the most affordable Oculus products to date. But Facebook does plan to continue supporting exiting Rift products for the foreseeable future, so you don’t necessarily need to recycle your old gadgets just yet.