It’s been a while since Facebook slit up its mobile apps and required users to download Facebook Messenger in addition to the main Facebook app. But if you don’t need all the bells and whistles that come with Facebook Messenger, now there’s a light-weight option.

Faacebook initially launched Messenger Lite in 2016 as an app for developing market. Earlier this year it rolled out to 150 additional countries. And now it’s available in the US, UK, Ireland, and Canada. 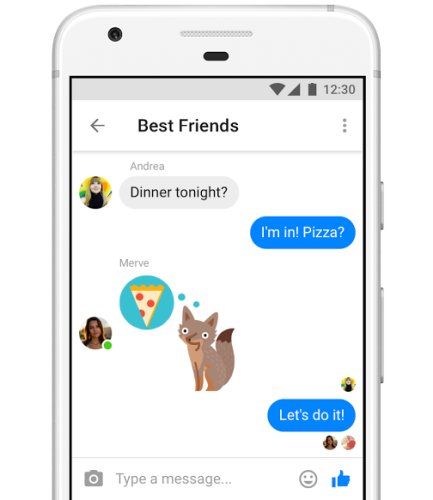 The app supports basic chat features and lets you upload pictures or videos or post stickers in a chat. There’s support for one-on-one communication or group chats. And you can make free voice calls using the app.

But that’s about it. There’s no support for third-party apps and games or camera effects. And the user interface is rather sparse compared with all the features in the main Facebook Messenger app.

On the bright side, Messenger Lite is just a 10MB download. Facebook says it’s optimized for older phones that have limited memory, storage, and processing power… but even if you have a modern, high-end phone, there’s something nice about a barebones app that will let you chat with your Facebook contacts without using unnecessary resources.

What would be even nicer is if Facebook would just add these features back to its main app so that you don’t need to install two different apps on your phone just to use Facebook.

Facebook Messenger Lite is available from the Google Play Store.

Have an iPhone? Then you’re stuck with the regular Messenger app.

One reply on “Facebook Messenger Lite now available in the US, UK, Ireland, and Canada (Android-only)”