Google’s attempts to integrate SMS with Hangouts might not have been universally popular, but that hasn’t stopped another company from trying to bring together instant messaging and SMS.

The latest version of Facebook Messenger for Android now lets you send and receive text messages over a cellular network. 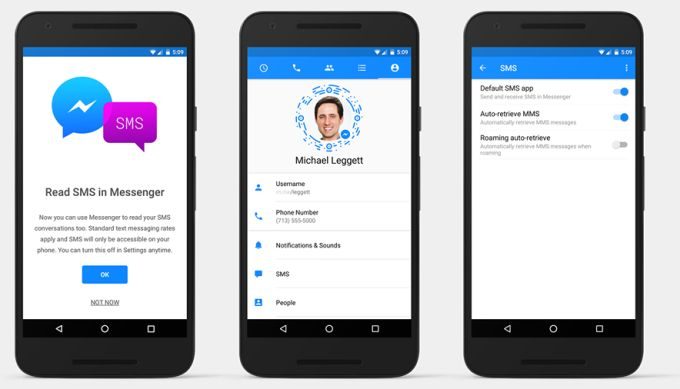 Of course you can still use Facebook Messenger just for communicating with your Facebook contacts. But if you enable support for SMS in the app, it becomes your default SMS app as well.

You can differentiate your Facebook and SMS messages at a glance, because Facebook messages are blue while SMS conversations are purple. 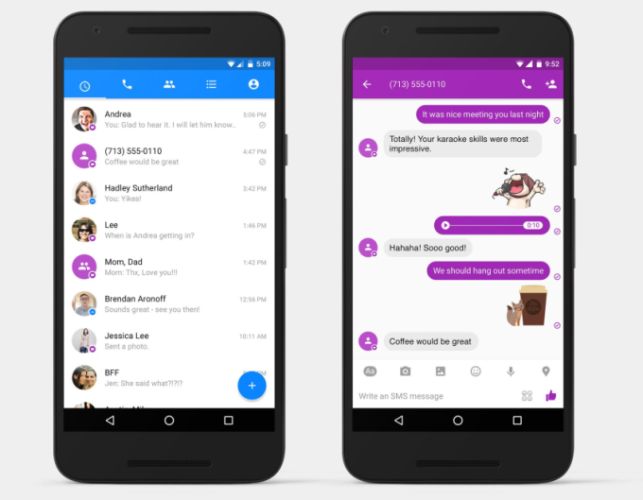 In case you’re worried about sharing too much data with Facebook, the SMS conversations aren’t sent to Facebook’s servers at all. The mobile app is just a user interface for sending SMS and MMS messages with text, video, images, and emoji through your wireless carrier.

That means you’ll be able to see a notification letting you know when there’s a message, but you’ll need to install Facebook Messenger if you actually want to read and respond to those messages (although it’s possible that enabling the “request desktop site” might be a workaround in some mobile browsers).