Facebook is starting a new hardware known as Building 8, and the company is clearly thinking big. Facebook has hired the head of Google’s ATAP (Advanced Technologies and Projects) group to head the new effort. 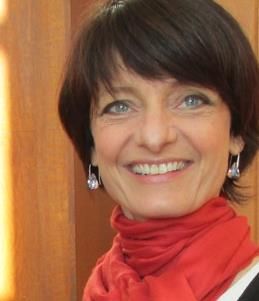 Google’s ATAP division is the group behind some pretty cool stuff like the Project Tango depth-sensing smartphone/tablet technology, Project Soli system that uses radars to detect hand gestures and other motions even when you’re not touching a screen, and Project Jacquard, which builds sensors into fabric for interactive clothing tech.

To give you an idea of how Google’s ATAP team worked, last month Dugan delivered a presentation at the SXSW conference titled “Making Epic Sh*t.”

There aren’t many details at this point about what exactly she’ll be doing at Facebook, but she says working at BUilding 8 “is an opportunity to do what I love most… tech infused with a sense of our humanity. Audacious science delivered at scale in products that feel almost magic. A little badass. And beautiful.”

Meanwhile, Facebook CEO Mark Zuckerberg says the company will be “investing hundreds of people and hundreds of millions of dollars” into its new hardware projects.