Facebook is introducing a new suite of software for Android phones designed to turn nearly any handset into a “Facebook phone.” It’s called Facebook Home, and basically it’s a replacement for the home screen, launcher, notification, and messaging apps that come on your phone. 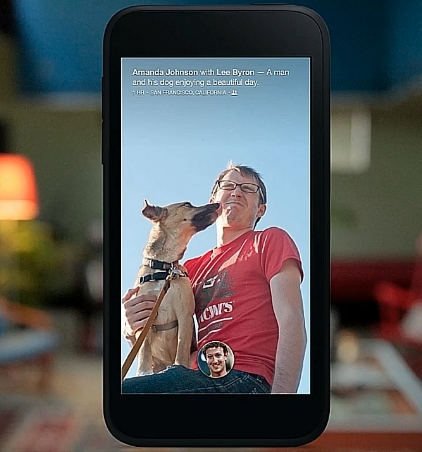 Facebook Home will be available from the Google Play Store soon and will support Android 4.0 and later. When it’s available, users will be asked if they want to install it the next time they launch the Facebook app on their phone.

The home screen has a “cover feed” view which shows full-screen photos and the latest updates from your Facebook contents. You can like updates or leave comments right from the home screen.

Facebook Home also features a notifications view that lets you see multiple updates at once — and you can swipe to dismiss them or press and hold to group all of your notifications together and swipe them aside to remove them from your screen. 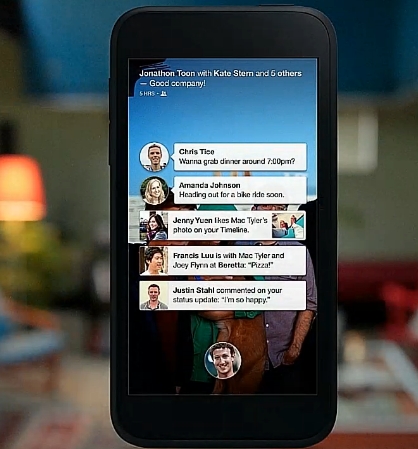 Facebook founder Mark Zuckerberg says the idea was to make a phone that’s centered around people rather than apps. But that doesn’t mean a phone with Facebook Home doesn’t have apps. It just means that instead of launching an app to access your social content, you see your social content by default, and use a gesture to bring up a window with your other apps. 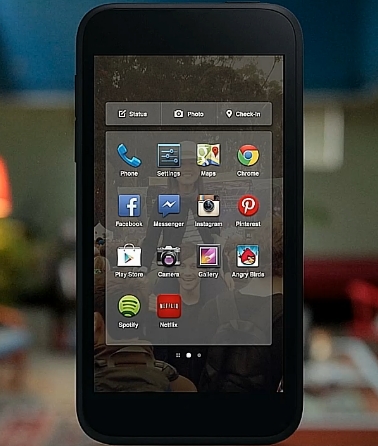 Facebook has also developed a new messaging feature called Chat heads that runs on top of other apps, letting you not only see a notification when a new message from a friend comes in… but also seeing an icon for your contact throughout the process. 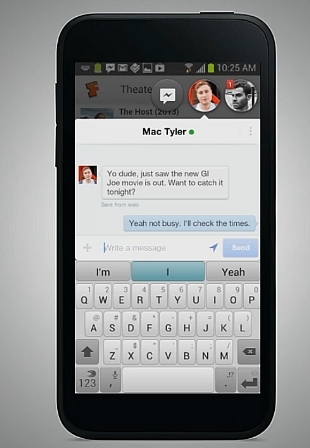 That means you can switch apps while your contact’s profile picture hangs out on the side of the screen.

Facebook Home will eventually be available for tablets, but it will take a few months before that’s ready to go. 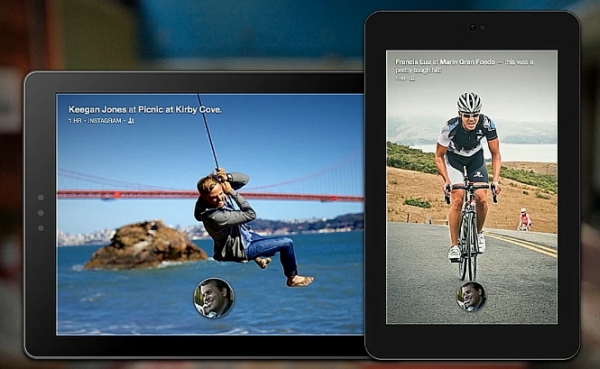 Facebook Home will be available for download starting April 12th for about a half dozen existing and upcoming Android phones including the HTC One and One X, Samsung Galaxy S III and S IV Galaxy Note II.

The HTC First will also be the first phone to come with Facebook Home preloaded. It will be available soon from AT&T.

Wondering how Facebook hopes to make money from Facebook Home? Eventually you’ll probably see ads in your Cover Feed, but they won’t be there at launch.

Of course, Facebook Home makes sense as a free platform for now — because it’s a way to get people to use Facebook more. The more you use it, the more you’re likely to be exposed to ads in the desktop version of Facebook.

But as more and more content is consumed on mobile devices, a desktop-only monetization strategy doesn’t look very sustainable.