One major complaint that mobile device users often have is lack of storage. Many of the most affordable phones or tablets don’t have enough enough storage to support the huge files that games and apps now have.

The ExoDrive is designed to alleviate some of the problems with lack of smartphone storage. The case includes a microSD card slot that, when your smartphone is connected, will act as an external storage space for all of those extra apps and games (or movies, music, college thesis papers, etc.).

Creator Bhadrajee Dahanayake is looking for funding for the ExoDrive via Kickstarter. The early bird case costs $35 ($25 super early bird pledges have already run out) and is expected to ship in March of 2015. 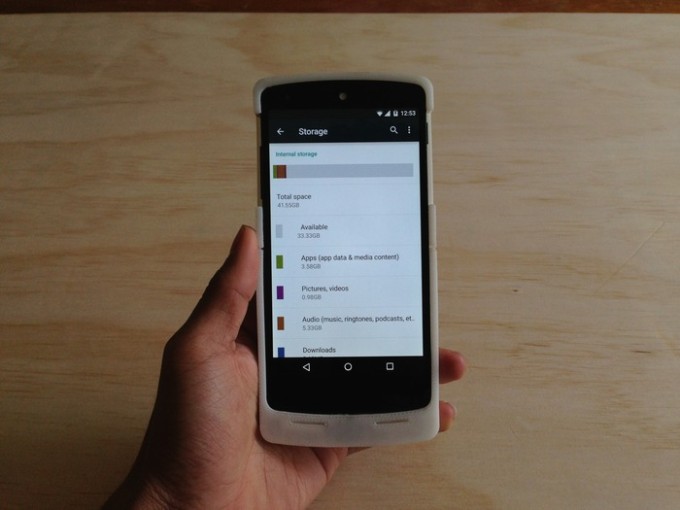 Users plug in either a microSD, microSDHC, or microSDXC card with up to 128GB storage into the bottom section of the case and then plug their smartphone into it as well. When connected, the microSD card acts as a secondary storage tank that you can access at any time.

When it comes to battery drain, the case is designed to only use power when you are accessing data on the card, and you can disable the case entirely when you are not using it.

The case itself will be made with a hard outer shell and a silicone lining, affording protection for your smartphone and preventing damage to micro-USB connectors if you drop it.

Currently, ExoDrive can be made for the following cases:

If the Kickstarter campaign reaches the stretch goal of $100,000, support for Apple’s iPhone will be also made available. Even if the campaign does not reach the stretch goal, the plan is to eventually make an ExoDrive for the iPhone and possibly for other devices as well.

Update: The makers of the ExoDrive hae reached their original goal and added a new reward option: the ExoDrive Plus is a case that has a 2600mAh battery in addition to all the features of a normal ExoDrive case.