French tablet maker Evigroup is officially one of the first companies to ship a tablet running Windows 8. Actually, the Evigroup SmartPaddle Pro is available with Windows 8 Release Preview and Windows 7 in a dual-boot configuration.

That lets users decide which operating system they prefer — and when Windows 8 is released this fall, Evigroup will provide an update to customers free of charge. 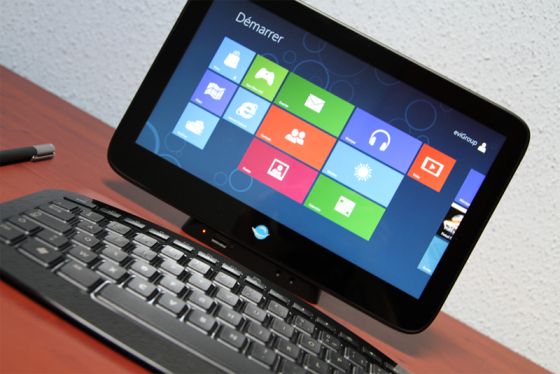 Shipping a computer with a pre-release version of Windows is unusual, to say the least. I’m  not sure what Microsoft’s policy on this sort of thing is, but since Evigroup is a relatively small company based in Europe, they might be able to fly under Microsoft’s radar.

The tablet features WiFi, Bluetooth, and optional 3G and A-GPS, weighs about 2.2 pounds, measures about half an inch thick, and gets up to 5 hours of battery life.

It tablet has 3 USB 2.0 ports and Ethernet and audio jacks, as well as 1.3MP front-facing camera.