The first tablet based on NVIDIA’s Tegra Note platform is now available for pre-order from Newegg for $200, and it’s expected to ship on November 19th, 2013.

It’s called the EVGA Tegra Note, and it’s just the first of a group of tablets that are basically re-branded versions of a 7 inch tablet designed by NVIDIA. Others will be offered by Zotact, PNY, and even HP.

What these tablets lack in originality, they might make up for in value. For $200, you get a device with an NVIDIA Tegra 4 quad-core processor, WiFi, Bluetooth, GPS, HDMI output, 16GB of storage, a microSD card slot, front and rear cameras, and an unusual stylus for writing or drawing. 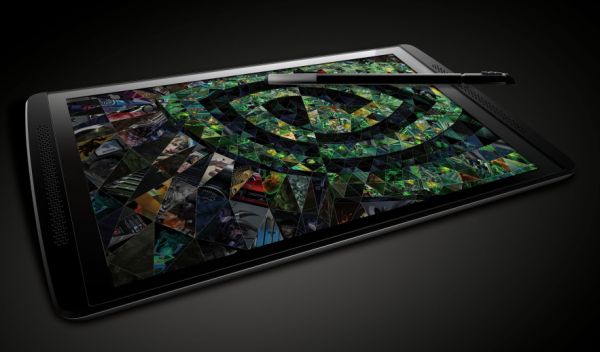 Some tablets in this price range (we’re looking at you, Amazon Kindle Fire HDX and Google Nexus 7) have more RAM or higher resolution displays than the 1GB of memory and 7 inch, 1280 x 800 pixel screen that you get with a Tegra Note. But the screen should be sharp enough for most everyday use, and the lower display resolution could actually help boost gaming performance since the Tegra 4 processor doesn’t have to work quite as hard to push pixels to fill the screen.

While NVIDIA is putting an emphasis on gaming, the company is also taking on Samsung’s Galaxy Note lineup by including a stylus with its Tegra Note devices. The tablet doesn’t have an active digitizer like a Galaxy Note, but NVIDIA uses something called DirectStylus which is a passive stylus that offers pressure sensitive input and palm rejection — things you wouldn’t normally get when using a stylus on a capacitive touchscreen display.

Another selling point is that Tegra Note tablets ship with a stock version of Android that’s pretty close to what you’d get from a Google Nexus device. While the tablets will be marketed and sold by NVIDIA’s partners, NVIDIA itself will be responsible for pushing out software updates directly to users.

Now that Google charges $229 or more for a Nexus 7, the Tegra Note’s $200 price tag may also be a bit of a selling point — although folks will have to decide if they’re willing to sacrifice the extra RAM and higher-resolution screen that you get with a Nexus 7 in order to get a stylus, Tegra 4 chip, and microSD card slot.

Incidentally, the 2012 Nexus 7 which did sell for $200 and up was based on the Tegra Note’s predecessor. NVIDIA developed a platform code-named Kai for cheap Android tablets in 2012, and encouraged device makers to build devices based on that platform. The chip maker seems to have tighter control of the new Tegra Note platform, with most devices looking pretty much the same, except for maybe a logo on the back,

Early reviews of the Tegra Note seem to be pretty positive. You can find a few at AnandTech, Engadget, Android Central, and SlashGear, among other places.