Cleveland-based startup Everykey produces a small device that’s designed to unlock practically anything with a password or key (including physical locks and car doors) when you get close to it. Walk away with the Everykey in your pocket and and your computer, phone, and car will lock up tight.

The company recently launched a crowdfunding campaign for a new model, and the project has already surpassed its meager Indiegogo crowdfunding goal of $20,000 by more than 300 percent.

That means the new model should ship to backers starting in March of 2016… assuming things go according to paln. 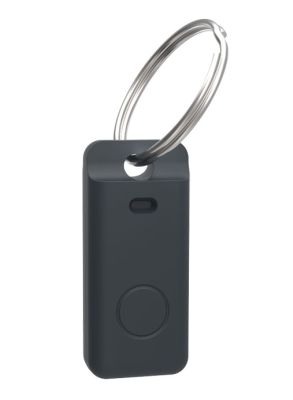 But they might not. Everykey launched a Kickstarter campaign in 2014 to produce a bracelet-style band with similar features.

That campaign was successfully funded, but as of December 22 of this year, the company still hadn’t shipped devices to campaign backers, more than nine months after it originally planned to. In the most recent update, the company says it is aiming to ship in February of 2016, just ahead of the estimated ship date for the new non-wearable model.

The tiny box houses a number of advanced security features, like AES 128-bit encryption, Bluetooth 4.0 direct device data transfer (non-deterministic and pseudorandom), and the ability to brick it if it gets lost or stolen. It is compatible with Mac, Windows, Ubuntu, Android, and jailbroken iOS devices.

The Everykey basically gets permission to talk to your devices, like your smartphone, computer, or tablet, and unlocks them using the password you have enabled. Even if you have different passwords on different devices, the Everykey can unlock it.

It will, supposedly, also be able to unlock connected locks for physical things like the door to your house or car.  Everykey provides a software development kit, which would allow third-party developers to create their own locks that work with the key chip.

The original band-style Everykey was available to pledgers for $50. This new version, which has a different design but is otherwise exactly the same, costs backers $128.

For the current crowdfunding campaign, the company has enlisted cyber security mogul, US presidential candidate, and former fugitive John McAfee as the “Chief Evangelist” to generate a buzz about the new device.

Brad’s note: The guy certainly knows how to create buzz, but Lory and I had a little debate about whether his involvement makes Everykey feel more legit, or less…