I spotted a familiar name while scanning the FCC website for new products the other day. Everex was one of the early players in the netbook space with a Linux-powered mini notebook called the Everex Cloudbook.

The company filed for liquidation in 2008 and pretty much left the US market by 2009.

But now it looks like Everex is back… and this time they’ve got a mediocre Android tablet. 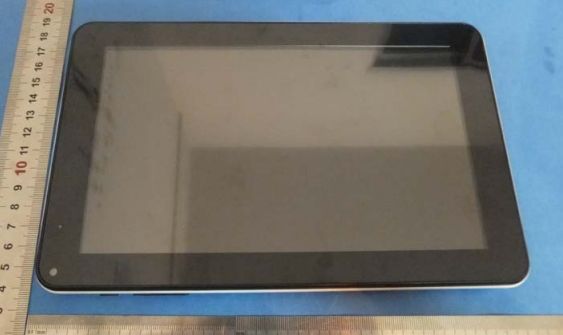 According to an FCC listing, the new tablet features a 9 inch screen, a 1.3 GHz ARM Cortex-A9 dual-core processor, 512MB of RAM, 4GB of built-in storage, a microSD card slot, mini HDMI port, and 802.11n WiFi. It has front and rear cameras and a mono speaker on the back.

All told, it sounds like a tablet which isn’t particularly special, but which should be able to run most Android apps… for a few hours. It has a 2800mAh battery that’s good for about 4 hours.

New tablets with similar specs show up at the FCC all the time. The only reason I felt the need to point this one out is because if it goes on sale in the US, it could mark the return of Everex to the portable gadget space… which I guess could make a few people who have been following the space nostalgic.

On the other hand, I get the sense that some folks won’t exactly be excited to welcome Everex back.