Retro game consoles are all the rage these days, with Nintendo, Sega, Sony, and SNK all getting on the action by offering modern replicas of their classic game systems.

But there are also some interesting things happening in the third-party space. For example, the upcoming Retro Champ is a handheld that plays actual NES cartridges. And a new handheld device called the Evercade combines some classic design elements with modern hardware.

The strangest thing about the Evercade is probably that it’s designed to use proprietary, multi-game cartridges. You’ll be able to buy a cartridge with up to 20 games on it, and swap out cartridges to switch game sets.

Evercade says its handheld game console will ship later this year, but this week the company released a set of rendered images to show what it should look like. 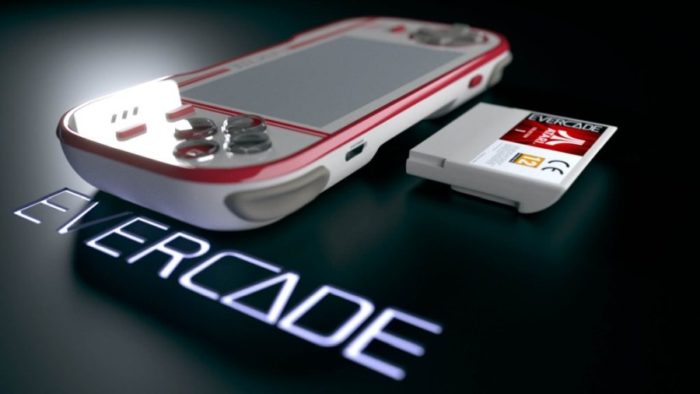 The Evercade handheld has a 4.3 inch display in the center, with a D-Pad on the left, Y, B, A, and X buttons on the right, as well a shoulder buttons, Menu, Start, and Select keys, and what appear to be stereo front-facing speakers.

There’s a headphone jack and micro USB port on the bottom, as well as volume buttons. On the top there’s an HDMI port that allows you to connect the Evercade to a TV to play on a larger screen.

Evercade says a Standard system with a single cart will sell for about $80, while a Premium model that comes with three carts will run $100.

So far, the company behind Evercade has only announced the contents of one cartridge: an Atari Collection that features 20 games including Asteroids, Centipede, and Missile Command, among others.

The cartridge system seems quaint — and it means that you don’t need an internet connection to obtain new games. But at a time when the world seems to be moving away from selling content on physical media, I’m not sure cartridges are really a thing people are nostalgic for.

The Evercade isn’t available for purchase yet, and I haven’t seen any hands-on pictures or videos yet. But you can sign up at the company’s website to receive notifications about future developments.