Two years ago Blaze Entertainment launched the Evercade handheld game console designed to let you play classic titles on a modern device. But what really made it stand out was the cartridge system that lets you buy bundles of games, no piracy or fiddling with settings required.

Now Blaze has introduced a new model that’s an upgrade in just about every way. The Evercade EXP has a faster processor, a bigger battery, and a higher-resolution display. It also costs more.

The Evercade EXP will go up for pre-order this September for $150, with an expected ship date of Winter, 2022. By comparison, it costs $100 to get a first-gen Evercade bundle that includes the console and 3 cartridges that come with more than two dozen games.

The processor has been upgraded to a newer, faster 1.5 GHz quad-core chip. The Evercade EXP has WiFi, which the original did not, although that’s apparently for delivering software updates rather than for gaming. And the new model has a larger 3,000 mAh battery, although that seems to be just enough to allow Blaze to promise the same 4-5 hours of battery life for the new model as for the original (presumably a higher-resolution display and wireless capabilities take a toll on battery life).

The handheld measures about 193 x 79 x 21mm (7.,8″ x 3.1″ x 0.8″ and features stereo speakers, a USB-C port and 3.5mm audio jack, and more buttons than the first model had, including A and B buttons which you can use when you turn the device sideways and hold it in TATE mode to play games designed for vertical consoles. Blaze also added L2 and R2 trigger buttons. 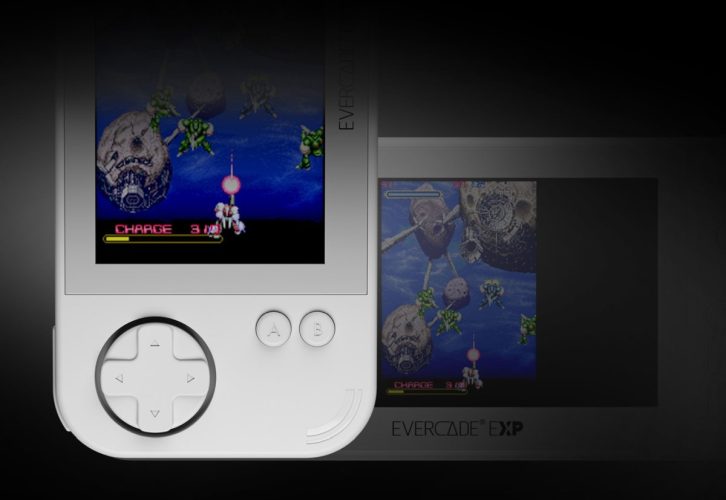 Catridges that worked with the original Evercade should also work with the new model, and at this point there are more than 30 cartridges available for purchase, each with a different collection of classic games for over 300 total games, and counting. 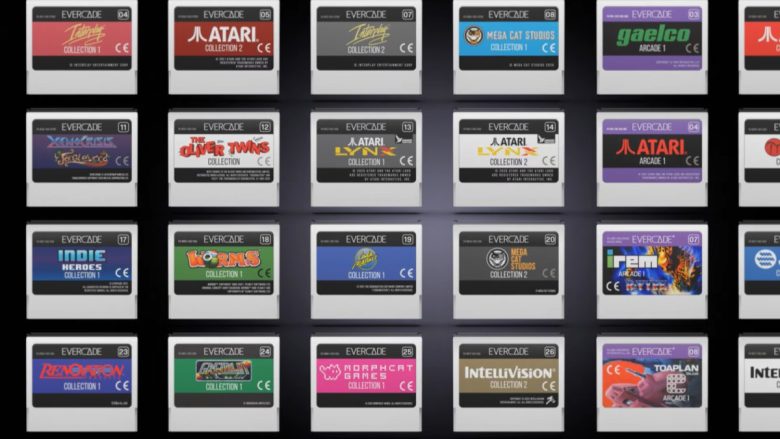 For the most part we’re talking about older console games from companies including Atari or Namco, but the company says the system can handle 8-bit to 32-bit games, including some 3D content.

Bonus content that’s exclusively available for the new Evercade EXP will also be unveiled when the device goes up for pre-order in September.