Eve Tech launched a crowdfunding campaign in late 2016 for a 12.3 inch 2-in-1 tablet with a Microsoft Surface Pro-like display and a starting price of $699. At the time the company promised the Eve V tablet would begin shipping in February.

That didn’t happen, but now Eve says components are on-hand, mass production is about to begin, and the first units should begin shipping to backers of the Indiegogo campaign in May. 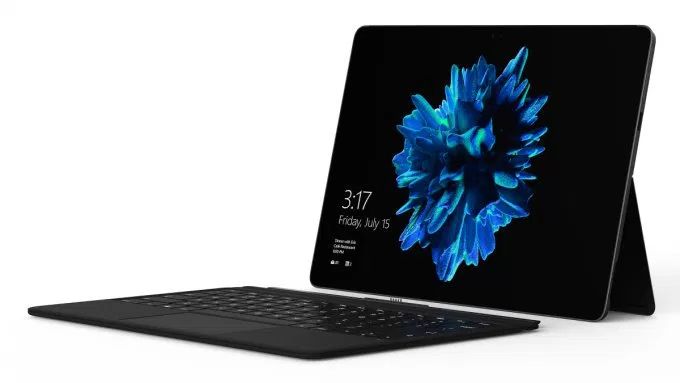 Eve has already been sending a small number of prototypes to members of the Even community for beta testing, which makes sense since the tablet isn’t only crowdfunded, it’s also crowd-developed: Eve asked forum members for input repeatedly before finalizing spec and design choices.

The end result is a Windows tablet with a Surface-like design, including a 12.3 inch, 2736 x 1824 pixel display, a built-in kickstand, and support for pen input (although the pen is sold separately).

But the Eve V has a few features that help set it apart from Microsoft’s tablets. For example, the Eve V is available with Core M3-7Y30, Core i5-7Y54, or Core i7-7Y75 Kaby Lake processor options. It also comes with a wireless keyboard cover that can be used either while attached to the tablet, or when separated by some distance. The keys are also backlit.

The tablet has a Thunderbolt 3 port, two full-sized USB 3.1 ports, a headset jack, and a microSDXC card reader.

Eve plans to produce 50 devices during the first production run in order to check for problems, before doing larger production runs to get to 500 tablets and eventually 2,000.