As promised, the makers of the Eve V tablet are developing a follow-up… and as with all of the company’s products to date, the folks at Eve are soliciting community feedback to help finalize the design details.

Does a 2-in-1 tablet need to have a Thunderbolt port and support for an external GPU? Do you need front-facing speakers? Do you prefer volume buttons or a wheel? Is a plastic chassis OK, or is metal the only appealing option? And would you rather have a hard keyboard or one that’s part of a lightweight folio cover?

Those are just some of the questions Eve is asking potential customers.

Another interesting one? Should the tablet have screws in the design, making it easier to open up for upgrades and repairs? Here’s a new image showing what that could look like: 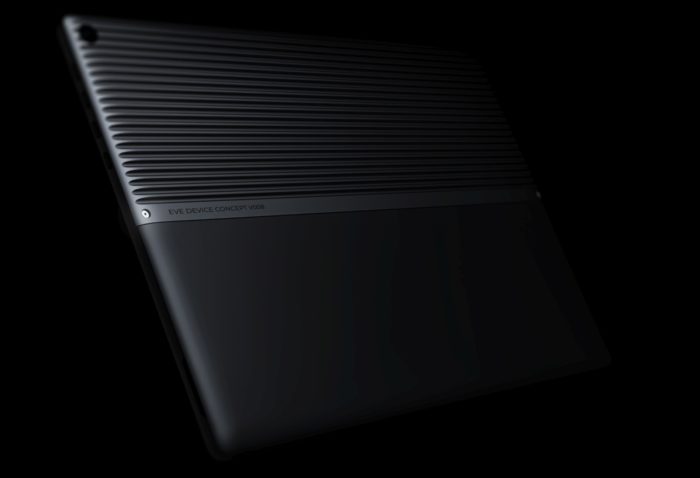 That’s not necessarily how the new tablet will look… it’s just one of many design concepts the company has been kicking around.

You can find some other ideas in these design sketches posted to the Eve Community site:

Eve is also crowd-sourcing potential names for its upcoming tablet… which Eve hopes to begin shipping in the fourth quarter of 2020.

While the company ran into some problems shipping the original Eve V tablet in a timely fashion, the company says the kinks have been worked out and orders placed today typically ship in 5-6 days. Some folks remain skeptical.

Eve has since partnered with PCH International to help with manufacturing and shipping.

Meanwhile, the company has launched a clearance sale on the original Eve V tablet — starting today, you can pick up a first-gen model with an Intel Core i7-7Y75 processor, 16GB of RAM, 512GB of solid state storage, a pen, and keyboard for $779 while supplies last.