There’s a new tool for jaibreaking pretty much any device that can run iOS 6.0 or later. It’s called evasi0n, and among other things it’s the first tool that lets you perform an untethered jailbreak on an iPhone 5. 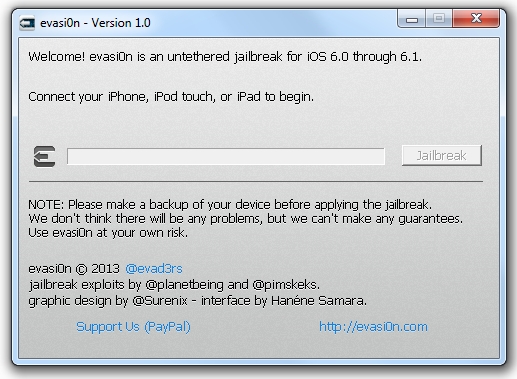 Jailbreaking an iOS device allows you to run code that’s not officially supported by Apple, including apps that aren’t downloaded from the App Store and software that can change the core functions of the operating system. For instance, once you jailbreak you can change the behavior of notifications or multitasking, or alter your default apps (so you can use Dolphin or Opera as your default browser instead of Safari, for instance).

Since this is an untethered jailbreak, you should be able to reboot your device without connecting it to a computer and running evasi0n again — something you had to do with earlier iOS 6 jailbreaking tools.

If the download links on the evasi0n website aren’t working for you, Redmond Pie has some additional links that seem to work.