Google Android is an open source operating system. That means anyone can install or modify the software, and some companies have even released their own custom forks of the operating system such as Amazon’s Fire OS (for tablets and TV boxes) or Cyanogen Inc’s Cyanogen OS (for phones… so far).

But some of the key features of many Android phones are not open source, such as the Google Play Store and official Gmail, YouTube, and Google Maps apps. They still appear on most Android phones sold outside of China though, because Google requires device makers and mobile operators to pre-load some Google apps if they want access to others. Want the Play Store? Then you need Google Search.

The European Commission says this could violate antitrust rules, and the Commission has issued a “statement of objections.” 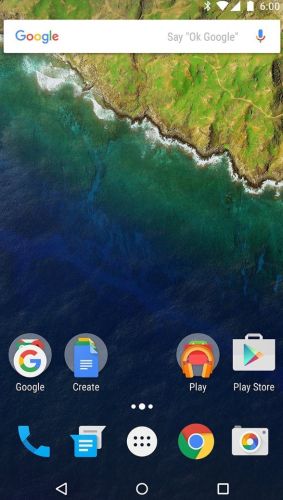 According to the statement, the Commission has reached a preliminary finding that Google’s practices are designed to “preserve and strengthen its dominance in general internet search” by ensuring that Google Search is pre-installed and set as the default (if not the only) search app on many phones.

The complaint also notes that Google requires device makers to load the Google Chrome web browser if they want to use other proprietary apps, and alleges that Google prohibits manufacturers from offering phones that run forks of Android (such as Cyanogen OS or Aliyun OS) if they want to offer Android phones with Google services.

In other words, the Commission is worried that Google is abusing its dominant position in the mobile space to fend off competition from upstarts… which, ironically, are using Google’s own Android software.

Keep in mind, Android is only open source because Google decides to release the source code. When the company launched Android 3.0 Honeycomb, the company decided not to make the source available until after it was obsolete (when Android 4.0 was released). If Google really wanted to abuse its position, the company could probably just make Android a closed-source operating system, which means Amazon, Cyanogen, Alibaba, and others would have to invest more resources to keep their forks up to date.

Anyway, it doesn’t sound like Google plans to do that anytime soon. In a response to the EU complaint, the company points out that its “partner agreements are entirely voluntary — anyone can use Android without Google,” and that Amazon is an example of a company that does just that.

Google also says that, among other things, its certification system for Android phones is designed to ensure that devices can run Android apps… and while part of the agreement requires participants in the process to load certain Google apps, there’s nothing stopping them from also installing competing apps from Facebook, Microsoft, Amazon, and others.

And of course, users can install third-party apps on their own. But there’s obviously value in having the default browser, search engine, app store, or search utility that comes pre-loaded on a device.

For now, the EU investigation is ongoing. The Statement of Objections is describe as “a formal step in Commission investigations into suspected violations of EU antitrust rules.” There’s no word on when the full investigation will be completed.