The first gaming laptops with NVIDIA RTX graphics are starting to ship, but for the most part you’re stuck with the graphics card that you choose when you buy your computer. Unlike gaming desktops, gaming laptops don’t usually have upgradeable graphics.

Premium computer company Eurocom, on the other hand, does sell laptops with upgradeable graphics, and the company has announced that some of its “mobile super computers” are now available with NVIDIA RTX 2070 or RTX 2080 graphics.

The GPUs are on removable MXM graphics cards, which means you can opt for a cheaper card today and upgrade to a more powerful option later on. 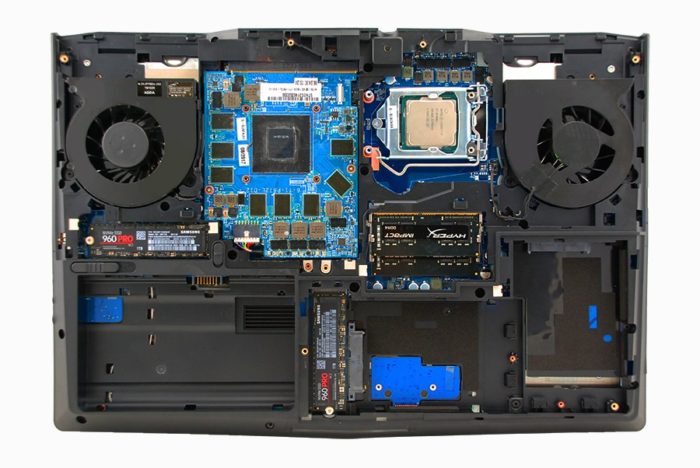 Calling these computers “mobile” is probably generous. The smallest of the bunch is a 15.6 inch laptop that weighs 7.5 pounds and measures half an inch thick. Still, it’s probably easier to lug around than a desktop + monitor.

But they have desktop-class hardware. The computers are available with up to an Intel Core i9-9900K processor, which is a 95 watt, octa-core chip. They supports up to 190 watt graphics cards with options ranging from NVIDIA GeForce 1060 to GeForce RTX 2080 (or NVIDIA Quadro P5000 for professional workloads). And some models even support dual GPUs.

Other stand-out features include support for up to 128GB of RAM (thanks to four SODIMM slots), support for multiple storage devices (each model has at least two M.2 slots and two 2.5 inch drive bays, and support for up to a 4K display. The laptops also have removable batteries, something you don’t often find on thinner and lighter models (and something you’re likely to need on a computer with hardware that will drain a laptop battery in no time flat),