Android co-founder Andy Rubin’s new company Essential has only released one smartphone so far, and it’s not even available for purchase anymore. But the company still has a stellar track record with releasing monthly security updates and major operating system updates.

So when we learned that Essential’s next mobile device was under development, many folks were intrigued.

Now Andy Rubin has shared some pictures of a “New UI for a radically different formfactor” online and many folks are… confused.

Update: The Essential Twitter account has joined the fun with some additional pictures and (very few) more details. 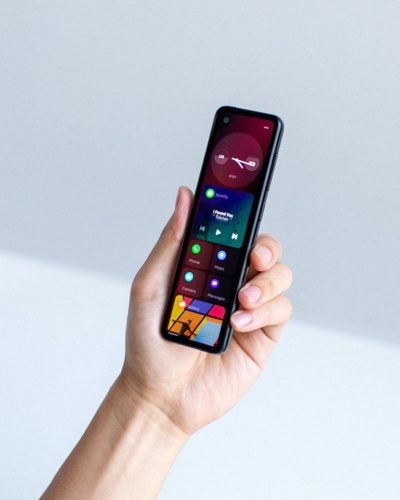 What we’re looking at appears to be a tall, skinny device running maps, weather, calendar, and ride-sharing applications. One image shows an Uber window atop a calendar appointment, which is above maps and weather apps.

To be fair, Rubin hasn’t actually said that the device he’s holding is the next mobile device from Essential. But if it is, that might explain why the company’s been using words like “mobile device” rather than “phone.” It’s not clear if this is a phone.

Update: According to Essential, it’s called Project Gem, or at least that’s it’s code name. And Essential says it’s “a new device to reframe your perspective on mobile. It’s now in early testing with our team outside the lab.

I have no idea why this device exists, what advantages it might offer over a more traditional phone, or whether it’s running a full-fledged version of Android or something else. It could be some sort of smartphone companion, or remote control, or AI-centric device with an emphasis on voice interaction. Or maybe not.

Whatever it is though, it looks like Essential is considering some colorful (and shiny) color options.

19 replies on “Essential’s next mobile device might be… weird”