At first glance, the most striking thing about the recently released Essential PH-1 smartphone is probably the display, which covers nearly all of the front of the device. But it’s the two little pins on the back of the phone that could be its most important feature (at least in terms of hardware).

Much like Motorola’s Moto Z line of smartphones, the Essential PH-1 is designed to support modular accessories that attach to the back of the phone magnetically.

But while there are around a dozen Moto Mods so far, Essential has only released one module to date: a 360 degree camera. But Essential founder Andy Rubin tells Bloomberg there are plans to ship six… and two are already under development. 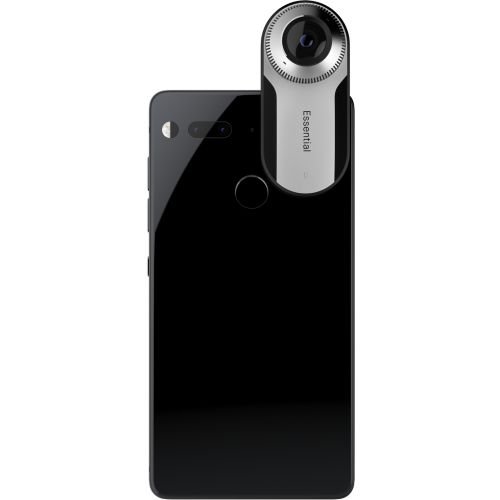 The first is an add-on that’s said to “feed high-quality audio from the phone into a car’s stereo.” Obviously we’re not talking about a Bluetooth audio device here, because the phone already has Bluetooth which will let you connect to some in-car audio systems.

It’s also unclear if we’re talking about a wired or wireless system. But since the phone lacks a dedicated headphone jack, if you want to charge your phone and use it to send music to your car at the same time, you’d either need a wireless solution or one that splits the signal coming from the USB port somehow.

The second accessory is even more vaguely defined: it’s “the world’s smallest 3D laser scanner,” but Bloomberg says Rubin “won’t reveal what the laser is for,” but there’s an implication that it can be used to measure distance and depth. So perhaps it’ll add Google Tango-like capabilities to the Essential Phone.

A modular Tango add-on sounds like a good idea. Eventually it’s possible that augmented reality will be an important feature of every smartphone. Right now it’s a niche feature that’s only likely to appeal to a limited group of users. So while Apple is using a software-defined approach to bring its ARKit-based augmented reality experience to most recent iPhones, Essential may be following Google’s hardware-based approach which could offer higher precision… but only for folks that want to pay extra for it.

As I mentioned, Essential isn’t the first company to make a bet on modularity. But there aren’t a lot of businesses competing in this space at the moment, so it could be a way for the Essential PH-1 to stand out while Essential Products works to build a software and hardware ecosystem.

But for now, the company is still just offering a phone with the promise of modularity… and a single 360-degree camera add-on for folks that want something that can snap to the back of their phone from time to time.