The first phone from Android co-founder Andy Rubin’s new company is coming soon. It’s called the Essential Phone, and it has the kind of specs you’d expect from a high-end Android smartphone… plus a few you wouldn’t.

It has a Qualcomm Snapdragon 835 processor, plenty of RAM, and Android software. But there are two things that really make this phone unusual. 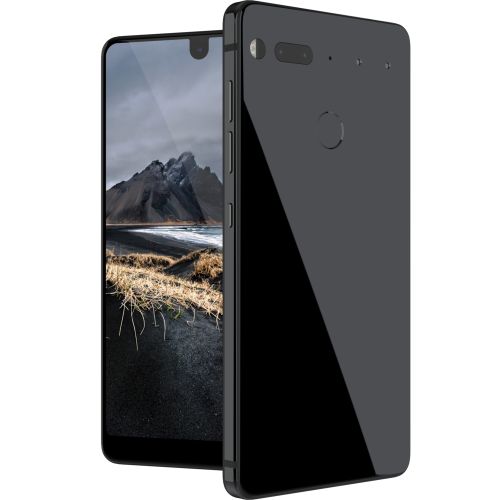 The first is a 5.7 inch, 2560 x 1312 display that covers nearly all of the phone’s front. The side and top bezels are super slim, and the bottom bezel isn’t all that thick either. But there are other phones with slim bezels. What’s really weird here is the camera placement: the phone’s display sort of wraps around the top camera.

If you think about the way Android’s notification tray works, that makes sense: notifications cover the top left and right edges, but nothing touches the center. This unusual display puts notifications at the top of the device while giving you a little more screen real estate for the rest of your content. 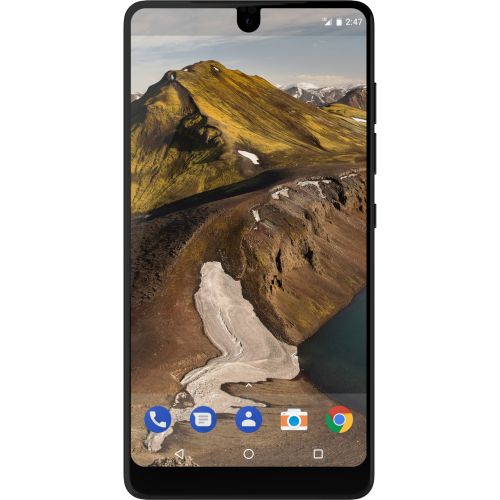 The 19:10 aspect ratio display with a camera cut-out could look a bit odd when viewing some full-screen apps, but I imagine some video players and games will probably just use black bars in full screen mode.

Like the Motorola Moto Z line of phones, the Essential Phone is designed to work with modular accessories. It has a magnetic pogo pin connector on the back that lets you attach modules without fiddling with wires.

Right now there only seem to be two modules: a 360-degree camera that connects to the top of the phone, and a charging dock that you can drop the phone into. 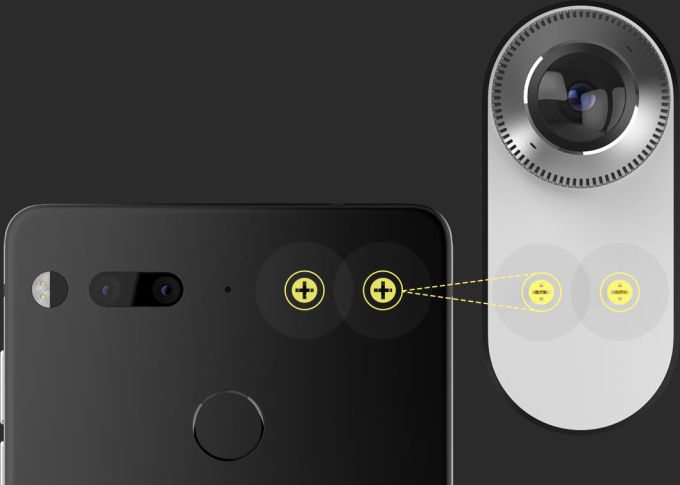 Eventually we could see additional accessories if the platform takes off.

For now, there’s also a USB Type-C port on the bottom of the phone. There’s no 3.5mm headphone jack, but Essential plans to ship the phone with an audio adapter.

The phone has a titanium body, a ceramic back, and a Gorilla Glass 5 glass cover for the screen. It features Qualcomm’s Snapdragon 835 CPU, a 3040 mAh battery with fast charging support.

There’s 4GB of RAM and 128GB of UFS 2.1 storage, a fingerprint sensor, and 4 microphones for noise cancellation and beam forming.

Wireless featuring include  802.11ac WiFi, Bluetooth 5.0, and NFC. And it supports all major US wireless networks.

The Essential Phone is up for order in the US for $699 and it comes in black and white color options.

You can also add a 360-degree camera to your order for $50 for the time being. Essential says the camera has a suggested retail price of $199, so the $749 bundle is a limited-time deal.

The Essential Phone will be the first device from Andy Rubin’s new company to ship. But Essential Products is also working on an Amazon Echo-like smart home hub called Essential Home, and Rubin has big plans for the future.

Wired has an in-depth look at Rubin and Essential Products and the plan to build a more open ecosystem and more innovative set of devices than you get from Apple or Samsung.

By operating like a startup (which Essential is), the company develop more unusual devices like the Essential phone with a modular connector and odd screen/camera system on the front because Essential expects to sell a relatively small number of devices initially.

It’d be hard to scale up production of the Essential Phone to iPhone-like levels… at least for now. But Essential is treating that as a feature rather than a bug as the company tries to look for features that don’t scale in order to make products that truly stand out in a market where evolution is more common than evolution.

Of course, Rubin isn’t the first to try taking a sideways approach to the mobile space. It sometimes leads to big splashy headlines… and tiny ripples in terms of sales.