Rhombus Tech‘s EOMA-68 project involves cramming all the key components of a PC onto a small board out the size of an old-school PCMCIA card. Then you can slot that card into a desktop, laptop, or tablet dock to function as the brains of a computer, and when you want to replace or upgrade you can just swap out the card for a new one.

One of the first devices expected to use an EOMA-68 card is the upcoming Vivaldi “Flying Squirrel” tablet which will run a Linux-based operating system with the KDE desktop environment.

Up until now the team’s been working with EOMA-68 cards featuring relatively slow Allwinner A10 ARM Cortex-A8 chips. But now there’s a new version which has a faster Allwinner A20 processor.

The A20 chip is a dual-core ARM Cortex-A7 processor with dual-core ARM Mali 400 graphics. It’s still not exactly a speed demon, but it’s a big step up from the A10.

Allwinner’s new chip is also pin-to-pin compatible with the A10 though, which means that the new dual-core EOMA-68 cards are virtually identical to the single-core versions. They just have faster chips.

There are also plans for a model based on the Allwinner A31 quad-core chip, but that version requires a new design since it’s not pin-to-pin compatible with the other models.

One of the developers behind the project has posted a video showing a bit of what the new dual-core card can do. It’s running Debian “Wheezy” Linux and the Midori web browser, and the system seems reasonably responsive — especially when you consider it’s a full-blown desktop GNU/Linux operating system running on an inexpensive, low-power ARM-based processor.

In related news, Rhombus Tech is working on designs for a new “Micro Engineering Board,” which is basically a dock that lets you use an EOMA-68 card as a full-fledged desktop computer. 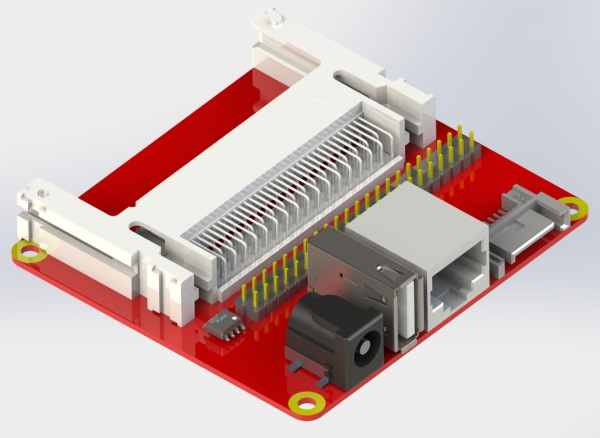 The dock has SATA, Ethernet, and USB connectors, a 5V power supply, and GPIO pins. Plug in an EOMA-68 card, power cable, mouse, keyboard, hard drive, or other peripherals, and you’ve basically got a desktop computer.

On the card itself you’ll find a micro HDMI port, microSD card slot, and microUSB cable for hooking up a monitor, storage, and more.

At a time when it’s becoming normal to buy a whole new computer or tablet every few years rather than upgrading existing hardware, it’s interesting to see someone taking a modular approach. 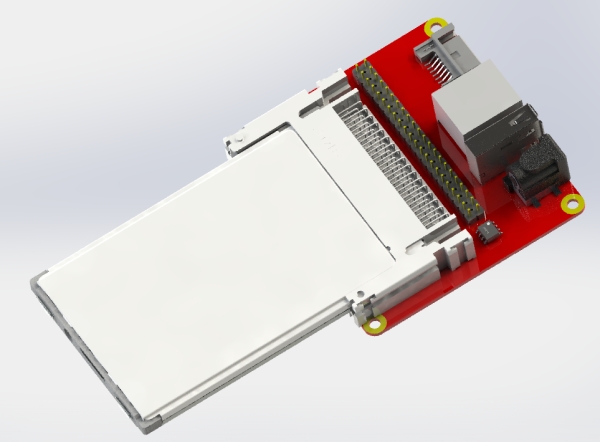 While the desktop dock is pretty nifty, the idea behind EOMA-68 is that you’ll be able to upgrade tablets, notebooks, and other devices just as easily as a desktop PC by simply upgrading the card. Of course, that’s assuming your keyboard, display, and other components are worth saving.

A notebook or tablet can accumulate a lot of wear and tear over the course of a few years, and now that we’ve finally moved past the point where every single device ships with a 1366 x 768 pixel display, a tablet you buy today might not have a screen you want to use a year or two from now — so you may want to upgrade more than just the CPU and memory.

But while the EOMA-68 project isn’t necessarily going to appeal to everyone, it’s at least as interesting from a technical standpoint as the work being done by the folks behind the Raspberry Pi project. It just gets a lot less attention.