When the Enspert Identity Tab E201 Android tablet launched in the US last year the Korean tablet had a starting price of $349. Today you can pick one up from Dynamism for just $149. 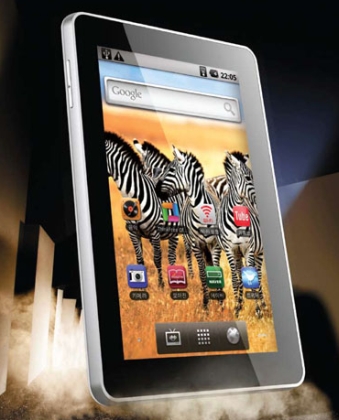 The E201 looks a little dated compared with the latest 7 inch Android tablets thanks to its single-core processor and low resolution 800 x 480 pixel display. But $149 isn’t a bad price for a tablet with HDMI output, an SD card slot, a 3MP camera, and support for the Google Android Market.

Basically, it’s what you would get if you took the original Samsung Galaxy S smartphone and shoved it into a 7 inch case.

Amazon’s $199 Kindle Fire has a higher resolution 1024 x 600 pixel display and a faster 1 GHz TI OMAP 4 dual core processor. But the Kindle Fire doesn’t have HDMI or SD card ports, Bluetooth or a camera. You also have to root the Kindle Fire if you want to use the Google Android Market.