Most phones and other gadgets that support wireless charging still need to be placed on or very close to a charging surface. So the key benefit is that you don’t need to fiddle with wires or charging ports: just put down your phone when you want to charge it and pick it up when you want to use it.

But for the past few years a couple of companies have been developing technology for wireless charging at a distance, which would theoretically allow your gadgets to charge when you’re in the same room as a charger.

We’re not quite there yet, but Energous has announced we’re one step closer: the company has received FCC certification for technology that allows devices to charge when they’re up to 3 feet away from a charger. 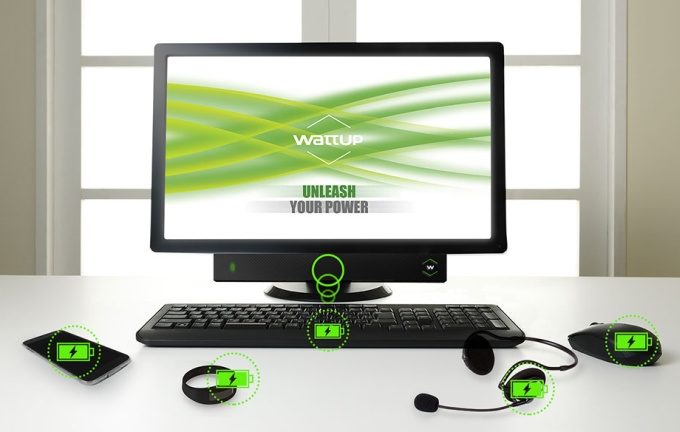 The company says the Energous WattUp Mid Field transmitter delivers power via radio frequency energy, and that it:

It sounds like contact-based charging might still be faster, allowing a WattUp system to deliver fast charging for smartphones and tablets. But the thought of never having to change the batteries in your wireless mouse, keyboard, or other devices that tend to sit on your desk all the time anyway is kind of appealing.

The 3 foot limit means you probably won’t be charging your phone while sitting on the couch, unless you keep your Mid Field transmitter near the couch. But it could work nicely on a desk or nightstand. And in the future Energous hopes to expand the distance as well as the amount of power delivered.

Energous will be showing off the Mid Field transmitter at CES in January. There’s no word on if or when devices that use the technology will be available for purchase.

21 replies on “Energous wireless charger works from up to 3 feet away, gets FCC certification”