Energous has big plans for wireless charging, including a system that could let you charge you devices from a charging station up to 15 feet away (or even use the same stations to power small gadgets that don’t even have built-in batteries).

But the company is starting a little smaller. I recently got a chance to check out a demo of the company’s Miniature WattUp transmitter, which is a wireless charging station that can transmit a signal for an inch or two.

Now Energous says the FCC has approved the Miniature WattUp transmitter reference design, which means we could see actual products based on the technology soon. 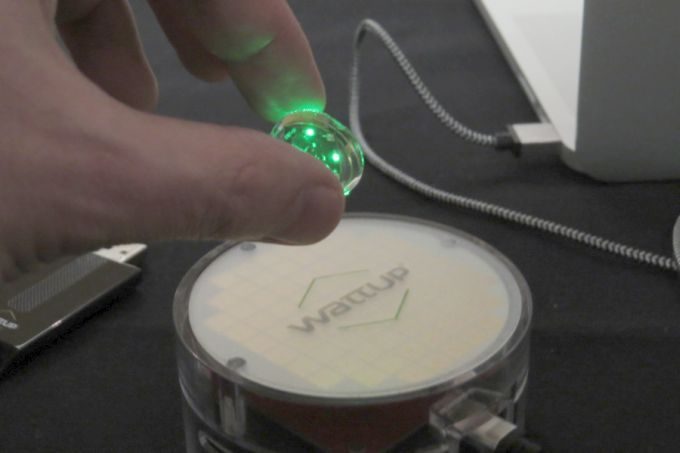 The company won’t be producing its own hardware, but instead hopes to license its technology to other companies. It’s small enough to be built into a USB thumb drive or similarly-sized product, although you’ll need gadgets that support the WattUp standard if you want to be able to charge your devices using the transmitter. 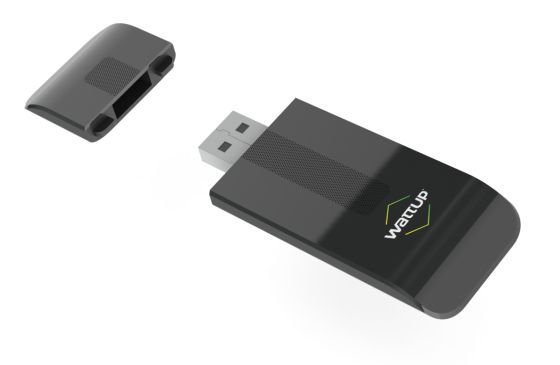 At launch Energous expects its small wireless charging system will likely be used for devices like wearables and Internet of Things products rather than phones or laptops.

In practice, the system isn’t all that different from other wireless charging solutions such as Qi or Rezence, which all require you to place the item you want to charge on or very close to a charging station. But this could be the first step toward Energous getting is longer-range RF-based charging technology into your living room.

Energous officials recently told me that we should see the first WattUp-based products compatible with the mini transmitter by the end of 2016, and the company is hoping to get its longer-range products on the market by the end of the following year.