As expected, the Energizer Power Max P16K Pro smartphone with a massive 16,000 mAh battery is on display at Mobile World Congress this week. Unfortunately it’s just an early prototype at this point, so the folks at GSM Arena, Mashable, and TechRadar who got a look at it weren’t able to turn the phone on.

Some features may also not be set in stone yet.

That said, here’s what we know: it’s a massive phone that weighs about 12 ounces, measures 0.6 inches thick, and has a 6 inch, 18:9 (2:1) display. The upside is that you could theoretically go up to a week (or at least a work week) without charging the phone. 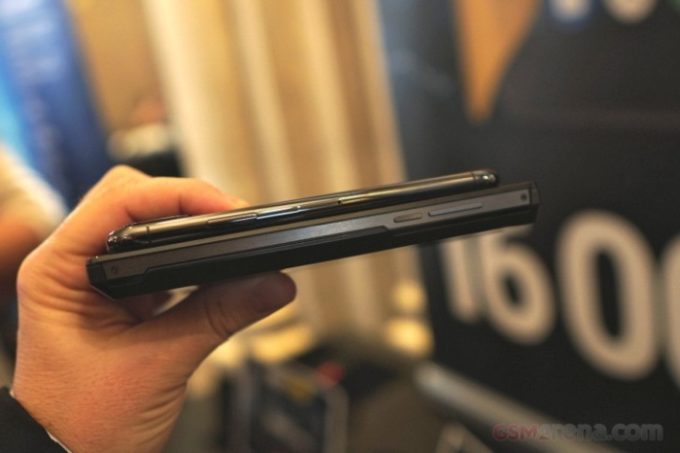 Most modern smartphones have batteries in the 2,000 – 4,000 mAh range. A few go higher. The Power Max P16K goes higher than any other that I’ve ever heard of.

It also supports fast charging: you should be able to fully charge the battery in about 90 minutes.

Unfortunately, the phone doesn’t currently work as a power bank, so you can’t plug the phone into your tablet, a friend’s phone, or other gadgets to charge them using the phone’s battery. That may change in the future though.

The phone is expected to feature flagship-level specs including 6GB of RAM, 128GB of storage, and dual cameras on both the front and back (for snapping portrait-mode photos with blurred backgrounds).

That said, the phone is also expected to feature a MediaTek Helio P23 processor, so “flagship” may be a bit of a stretch.

While the phone will be sold under the Energizer brand, it’s actually manufactured by a company called Avenir, which is apparently planning to sell the PowerMax P16K pro in India soon.