Google Android 7.0 is the first version of Google’s mobile operating system to feature native multi-window support. That means you can view more than one app at a time thanks to a split-screen mode that’s enabled by default.

But Android 7.0 also includes support for a freeform window mode that lets you view more than tow apps at a time in resizable windows that can be positioned anywhere on the screen. Basically freeform mode makes Android act a bit more like Windows, macOS, or other desktop operating systems.

If you install Android 7.0 on any existing phone or tablet you won’t automatically get access to freeform mode, but you can enable it by installing a custom recovery and running some commands from a PC.

Or you could use a free Android app called Taskbar. 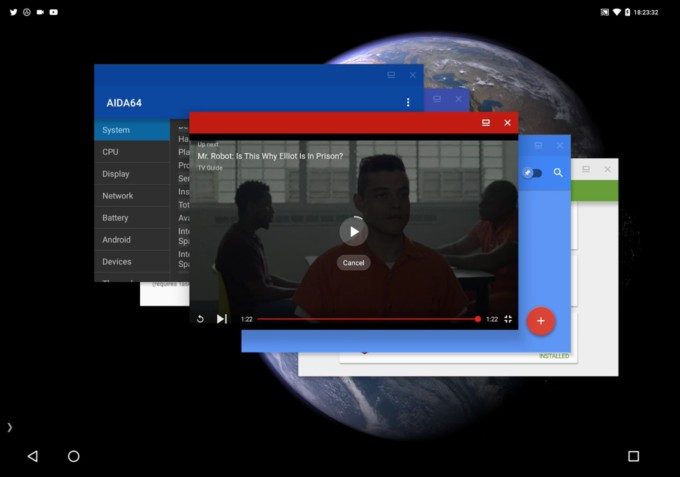 The developer of Taskbar notes that the app makes it possible to use a sort of freeform window mode without rooting your device or connecting it to a PC and running ADB (Android Debug Bridge) commands.

All you need to do is:

After that you’ll want to clear your recent apps so that they’ll show up in Taskbar when you run them. Then just open the recent apps menu and tap the Taskbar icon.

While this method is a little simpler (and less risky) than using ADB to enable freeform window mode, it’s not quite as easy to use since there’s no button in the recents view that lets you switch between freeform apps.

On the other hand, the TaskBar app has something Android 7.0’s native freeform windows view does not: a taskbar and start menu/app launcher. 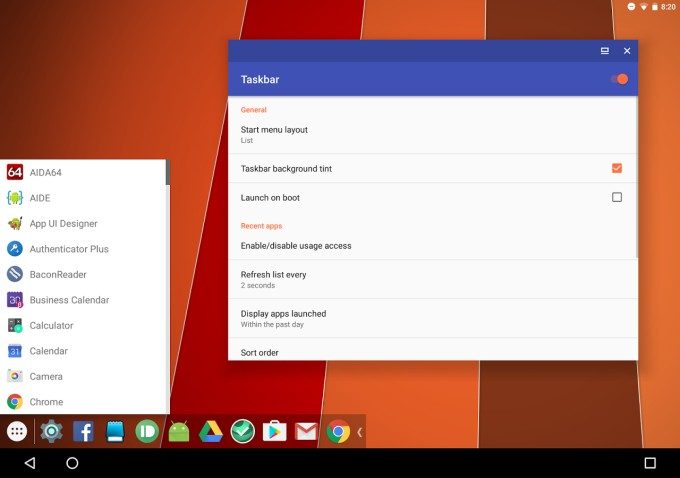