The EM-B14KG is a compact desktop computer designed for gaming. It basically looks like a slightly larger, rounder version of Intel’s Hades Canyon NUC.

The EM-NM14KG, meanwhile, is a 14 inch laptop with similar specs under the hood, but fewer ports (and a keyboard, battery, and display).

Notebook Italia got a look at both recently during a trip to the Hong Kong Sourcing Fair. 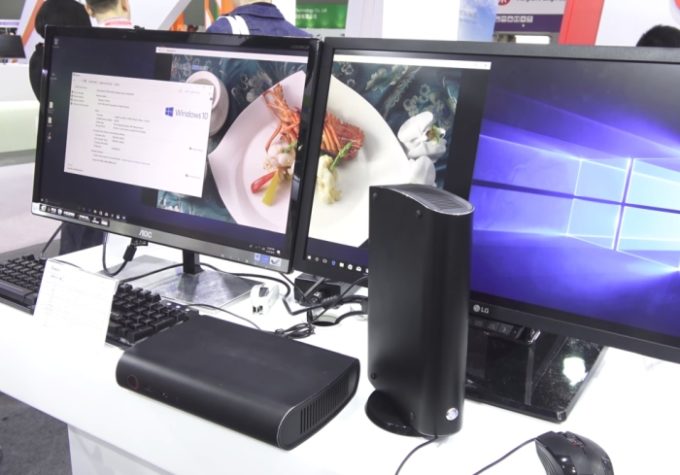 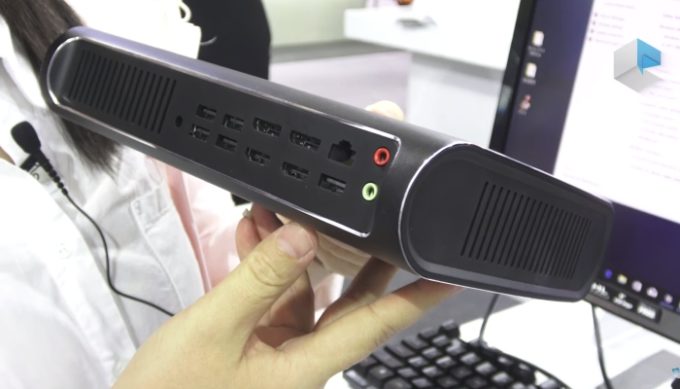 The laptop has a 14 inch, full HD display and a compact design: the notebook measures 13″ x 8.3″ x 0.8″ and weighs about 3.7 pounds, which is pretty small by gaming laptop standards. 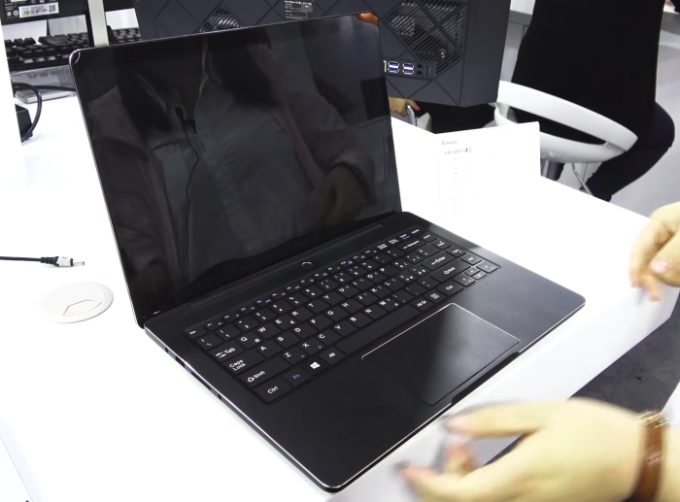 It supports up to 8GB of RAM, up to 256GB of solid state storage, and features an HDMI port, a USB Type-C port, three USB 3.0 Type-A ports, a headset jack, and a microSD card reader.

The computer also has a 47 Wh battery, a 2MP webcam, and a power button with an integrated fingerprint sensor. 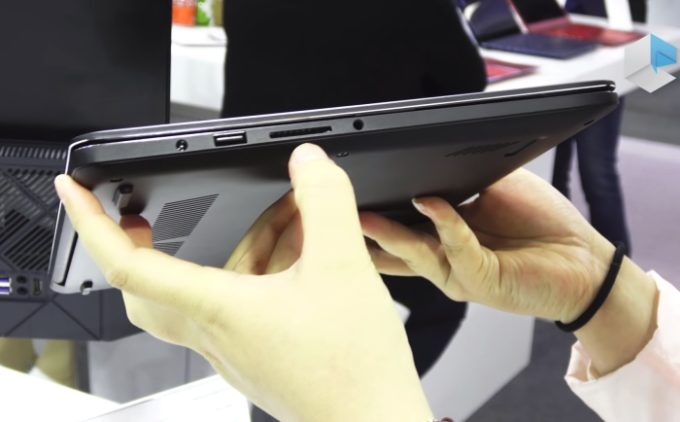 It’s not clear if or when these two computers will come to market… and if they do, they may be sold under different names. Emdoor operates as an OEM/ODM that manufacturers devices that are sometimes sold by other companies under their own names.