, but what the Ematic Cinema Tab lacks in rock bottom pricing, it makes up for in size. It’s a 13.3 inch tablet designed for watching videos, among other things.

It’s even got a built-in kickstand that lets you prop it up and use it like a small TV (or large tablet that just happens to be propped up on a table).

I spotted the Ematic Cinema Tab ETH102 in an FCC listing, but it’s already available for purchase from Adorama for $300. 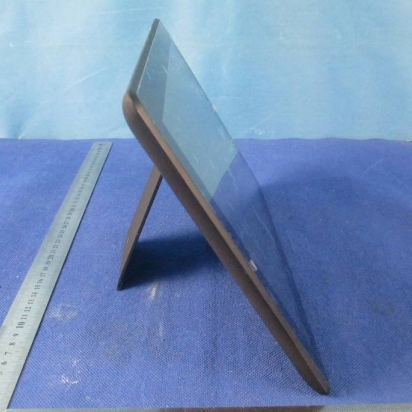 Gettington.com also sells the tablet for $350 — I wouldn’t normally mention the more expensive store, but the retailer’s product listing page has a few photos and a more detailed spec sheet than Adorama.

It has a capacitive multitouch display, a microSD card slot, 2 USB ports, and WiFi. The tablet runs Android 4.1 Jelly Bean software, measures 13.3″ x 9.1″ x 0.5″ and according to Gettington it weighs 2.7 pounds, which seems kind of heavy to me — so I’m wondering if that’s actually the shipping weight.

The tablet reportedly gets around 5 hours of battery life, which should be good enough for watching a movie or two between charges.

The Cinema Tab joins a relatively small group of 13.3 inch Android tablets (many with similar specs), including the Archos Arnova FamilyPad, Kocaso GX1400, and Colorfly CT132.