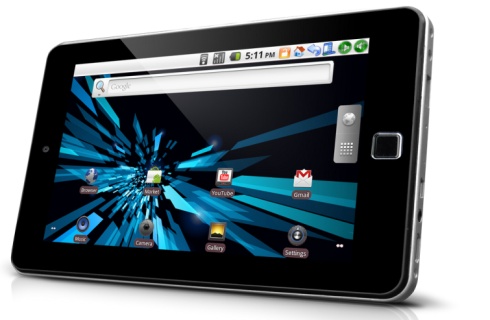 The Digital Reader reports the Elonex 760ET has a 1 GHz processor, 4GB of storage, and WiFi. It has a microSD card slot, acelerometer, speakers, and HDMI output. It runs Google Android 2.2 and support for Adobe Flash is expected in a few months.

On the down side, the tablet has a resistive touchscreen and gets only about 3.5 hours of battery life. But what did you expect from a dirt cheap tablet?

Elonex already offers a couple of different 7 and 10 inch tablets including the eTouch 700ET and 1000ET. The new model has more storage and a newer version of Android than earlier models, but there’s no word on whether it will have a higher resolution display than the Elonex eTouch 700ET which has an 800 x 480 pixel screen.

One reply on “Elonex introduces its latest £99 Android tablet”