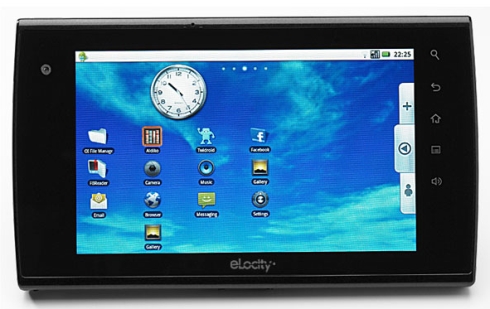 The eLocity A7 Android tablet has gotten a lot of attention this year, first because it was slated to be one of the first devices to ship with an NVIDIA Tegra 2 dual core chip, and then because the company missed its estimated ship date by a few months. But the company says the eLocity A7 tablet is beginning to ship today.

According to the press release, the first shipments are going to customers who had already placed pre-orders. The tablet is also scheduled to show up at retailers including Newegg, Walmart, and Amazon this week.

The eLocity A7 has a 7 inch, 800 x 480 pixel capacitive multitouch display, a 1GHz Tegra 2 chip, support for HDMI output and 1080p HD video playback, 4GB of built in storage, and a micro SD card slot for expansion.