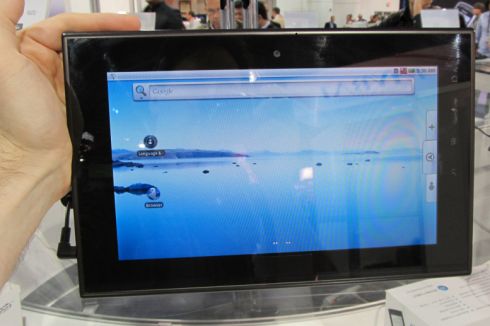 Stream TV Networks has announced that its next-generation 10 inch eLocity Android tablets will go up for pre-sale starting on February 15th, with etailers including Amzon, J&R, B&H, and TigerDirect taking orders.

I got a chance to check out the new eLocity A10 line of tablets at CES last month. For the most part, they look just like bigger versions of the 7 inch eLocity A7 tablet which the company introduced last summer. The biggest differences are that the new models are larger, have higher resolution displays, and come in more configuration options. A 4GB model will sell for $399, while there will be a 32GB option for $599.99 and a 64GB version for $699.99.

The tablets will ship with Google Android 2.2 Froyo, but I was told at CES that they’ll be able to run Android 3.0 Honeycomb down the road. Hopefully you’ll be able to install the OS via a software update.