Raspberry Pi’s Model B computers and other similarly-sized devices are often described as being the size of the credit card. But thanks to the USB and Ethernet ports, it’s a lot thicker than a credit card. It might even be thicker than your wallet.

But the ELLO LC1? This tiny computer designed by hardware hacker KN/vD is a lot closer to being truly the size of a credit card. It measures just 2mm thick. 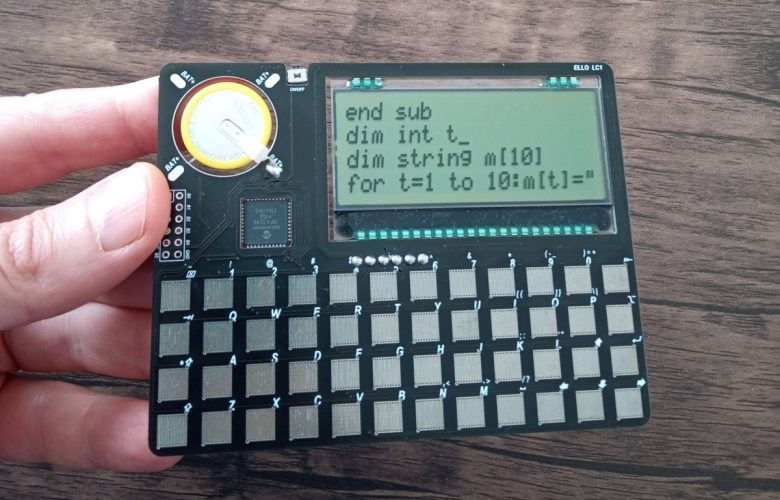 Despite the compact size, the computer has a display, keyboard, and 8-bit microcontroller. It’s not exactly a powerful computer by modern standards, but it can run some simple tasks thanks to a built-in text editor, file system, and a “Bitling BASIC” interpreter with support for “an extended set of BASIC keywords.”

Specs for this custom credit card-sized computer include:

According to Kn/vD, the ELLO LC1 can run for up to 38 hours of active use or last for more than 3 years on standby. You can recharge the battery using an I/O port on the side of the device. Two pins on the I/O connector can also be used to send and receive data to and from the device using the XMODEM protocol.

While this isn’t the first truly wallet-sized computer we’ve seen (a handful of folks have made digital business card-sized computers over the years), it’s definitely one of the most PC-like thanks to the built-in keyboard and display.

You can find more pictures and a schematic at the Ello LC1 project page at HackADay.

via @knivd, CNX Software and Hackster.io