Want to learn how to program the same way people did three or four decades ago, but don’t want to hunt down an ancient PC? The ELLO 2M is a DIY computer kit with a keyboard, 7 inch touchscreen display, and an 1156-hole electronics protoyping space.

The system is designed to run a version of the BASIC programming language.

It’s got pretty low-power hardware by today’s PC standards… but it has everything you need to get started with programming, and a significantly more compact design than you’d get from a classic computer with similar functionality.

Ello 2M creator Konstantin Dimitrov is running a crowdfunding campaign for the project at Crowd Supply. 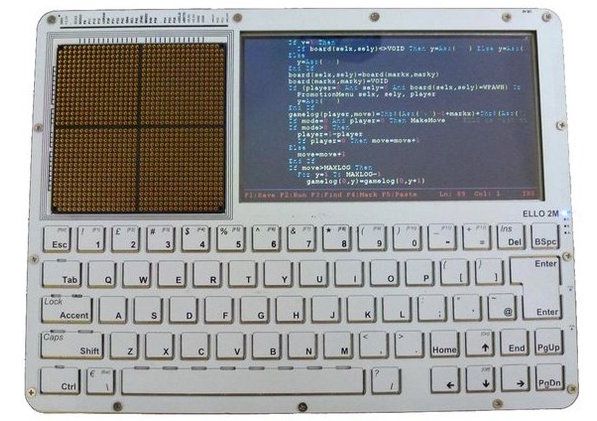 A pledge of $65 gets you six bare PCBs (printed circuit boards) that you can stack on top of each other to build your own Ello 2M computer. The whole thing measures just 6.4mm (0.25 inches) thick, when assembled).

If you’d prefer a pre-built system, you can opt for a $180 “Developer” or $240 “Geek” edition or a more expensive custom version with additional components. 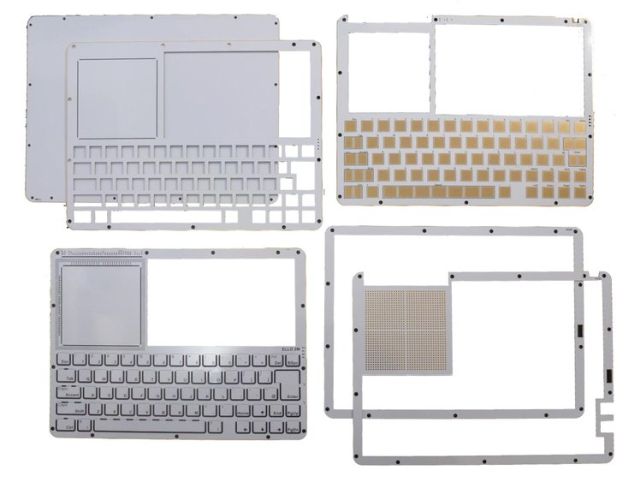 The computer features a 32-bit PIC32 micro-controller and 128kB of RAM, a 7 inch, 800 x 480 pixel LCD touchscreen, a 4,500 mAh battery (for up to 12 hours of run time), replaceable keyboard panels, and support for three microSD cards, including one that’s permanently connected and two removable storage card slots.

There are also plans for a “hacker” edition model with a whopping 512kB of RAM if the campaign reaches a stretch goal of raising $20,000 (the initial goal for the campaign is $14,000).

This isn’t a general-purpose computer that you’re going to use for editing documents, playing 3D games, or surfing the web. But it provides a tool that you can use to learn to code or to run simple apps.

All of the documentation for the laptop is also available at Github.