Chinese phone maker Elephone has some impressive devices in its lineup, including the new Elephone P7000 with a 5.5 inch, full HD display, 3GB of RAM, Android 5.0, and a fingerprint scanner.

But the company has something even more unusual in the works: a phone which will be able to run Android 5.0 or Windows 10.

GizChina reports that Elephone has been talking about the upcoming phone at the HKTDC show in Hong Kong this week, although only a few details are available at this point. 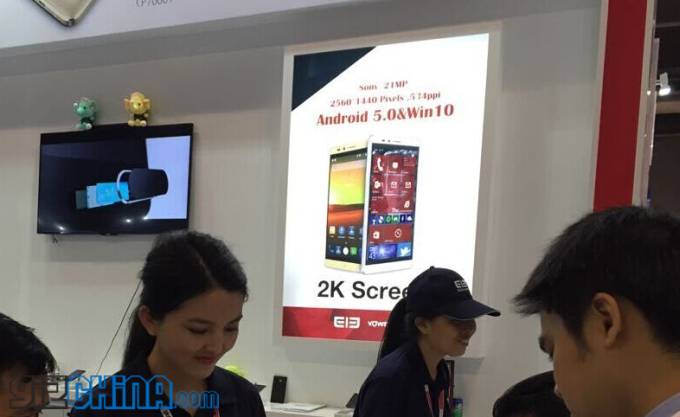 While most Elephone handsets introduced to date have featured MediaTek processors and Android 5.0 software, the new model is expected to have an Intel chip and support for Android and Windows: although it’s not clear if that means the phone will be a dual-boot device. It’s more likely that it’ll be available with either Android or Windows, but not both at the same time.

Still, that’s noteworthy since it’d be one of a relatively small number of devices to officially support both Microsoft’s mobile operating system and Google’s.

Note that while the phone has an Intel chip, it’ll run the smartphone version of Windows 10 and not the full desktop operating system. That means it’ll be able to run universal Windows apps, but not desktop apps.