Elementary OS is an open source operating system designed with an emphasis on… well, design. The Linux-based operating system is designed to be fast, versatile and powerful. But what really sets it apart from the crowd is its user interface which is more than a little inspired by Apple’s OS X.

But under the hood Elementary is based on Ubuntu and it can run just about any Linux app that works with Ubuntu. 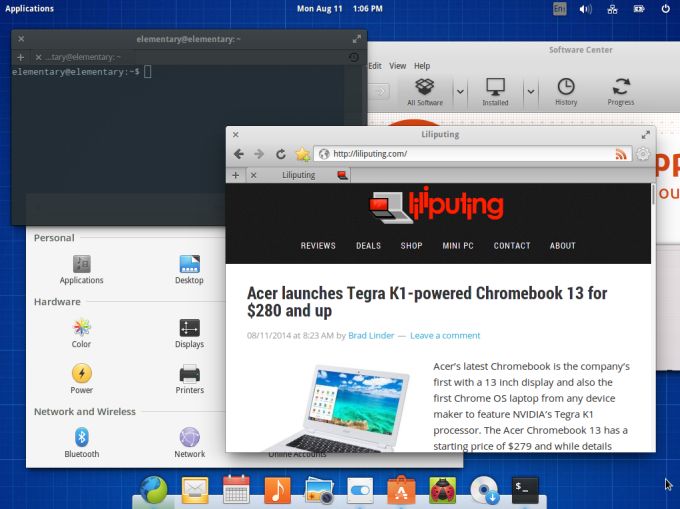 The new version of Elementary OS is based on Ubuntu 14.04 LTS, features Linux kernel 3.13 and all of the hardware drivers you’d get with Ubuntu including support for booting on systems with UEFI bootloaders.

Unlike Ubuntu though, Elementary uses the Pantheon desktop environment which includes an OS X-style dock at the bottom of the screen as well as an app launcher at the top. Icons and apps also include a Mac-inspired look including the music player which looks more than a little like iTunes.

While Elementary has an Apple-like feel, it’s worth checking out for folks who love the versatility of Ubuntu… but not the look and feel of the Unity desktop environment. Theoretically you could install Pantheon on an Ubuntu system to get a similar look and feel, but Elementary has more up-to-date versions of some software including GTK+ 3.12 rather than the GTK 3.10 used by Ubuntu 14.04.

Other new features in Freye include Pantheon Online Accounts, improvements to the Slingshot Search tool, an updated theme, and a number of little tweaks including the ability to search in the Files app with a Ctrl+F shortcut, improved animations, and more.