Mesh networking is all the rage in the WiFi router market right now. Instead of buying a single router and searching desperately for the best place to position it in your house, the idea is to let you buy a couple of devices that you can place throughout a home to blanket a space in WiFi.

Eero was one of the first companies to launch a mesh networking product aimed at home users. Now the company is upgrading its lineup with a new 2nd-gen router, a smaller and cheaper device called the Eero Beacon, and the launch of a new subscription-based security plan called Eero Plus. 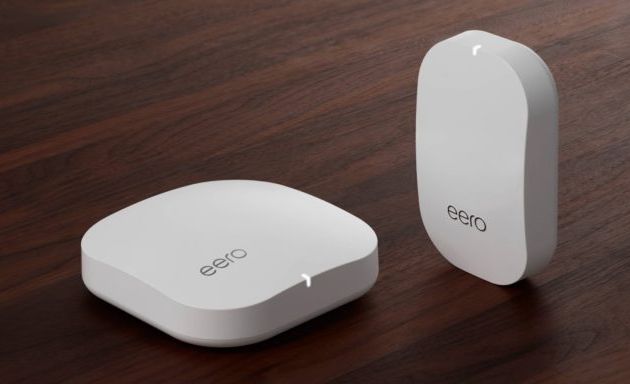 The new model also has a USB-C port which can be used for data and/or power and two Ethernet ports.

The Eero Beacon is a new product which the company says offers 30-percent better performance than an original Eero router. But it’s about half the size and plugs directly into a wall jack, which reduced the number of cables you need. Basically it’s like a WiFi range extender… except it’s designed to work with Eero’s mesh networking system.

It also has a nightlight feature because if you’re going to leave it plugged into a wall jack, why not? Since the Eero Beacon also has an ambient light sensor you can program it to turn on the light when a room gets dark or set a timer so that it lights up and shuts off at certain times each day.

Both new Eero devices are backward-compatible with first-gen hardware, so you could buy a new Eero router or beacon and use it with existing hardware.

Eero offers several new bundles with prices ranging from about $300 to $500:

The company’s new Eero Plus service is priced at $9.99 per month or $99 per year and it’s basically an anti-malware service that’s designed to offer protection for every device connected to your home network without the need to install an anti-virus program on your computers, smartphones, or tablets (although it probably wouldn’t hurt to use install security software for extra protection… particularly when you’re using devices outside your home).

Eero Plus blocks you from accessing sites or services that are known to harbor malware. It also lets parents set filters to keep their kids from accessing inappropriate content. And subscribers get priority support from Eero’s customer service team.