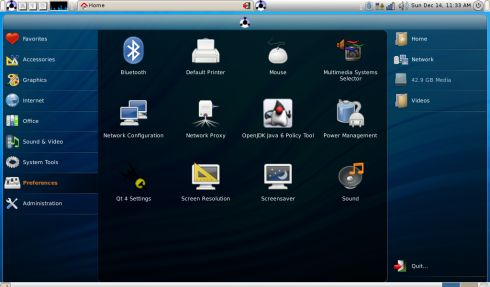 Eeebuntu is a custom Linux distribution based on Ubuntu that’s designed specifically for netbooks. It supports a the hardware found on most Asus Eee PC netbooks and a number of similar models from other companies, and it’s optimized for the Intel Atom processor and low resolution displays.

A few days ago one of the members of the Eeebuntu Linux development team threw up his hands in exasperation complaining that every time a new version of Ubuntu Linux came out, it broke compatibility with Eeebuntu. Now another member of the dev team has posted on the Eebuntu forum that the team has decided to move away from Ubuntu in its next release. Instead, Eeebuntu 4.0 will be based on Debian Unstable.

The next version is scheduled for release in late December, but a lot can change between now and then. There will be beta versions available before that time though.

25 replies on “Eeebuntu 4.0 to drop Ubuntu for Debian”