While the new models look a lot like the ECS Liva Q2 from a few years ago, there are a few key updates. 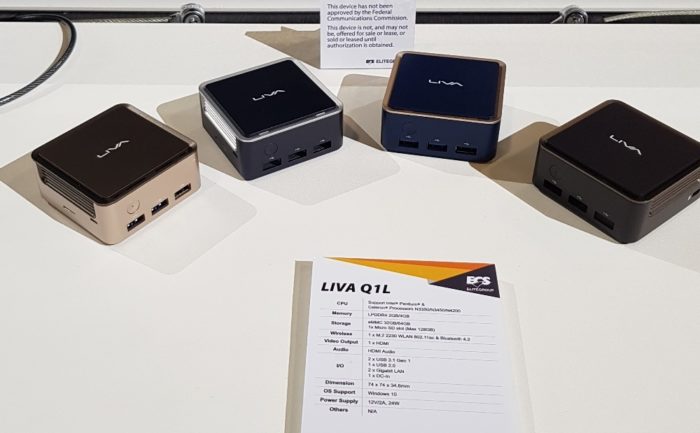 For one thing, ECS is now offering additional ports: the ECS Liva Q1L has dual Gigabit Ethernet jacks and a single HDMI port, while the ECS Liva Q1D has just one Ethernet port, but it supports dual displays thanks to DisplayPort and HDMI ports.

Other key specs haven’t changed, so you’re looking at a little computer with an Intel Apollo Lake processor (Celeron N3350, Celeron N3450, or Pentium N4200), up to 4GB of LPDDR4 RAM, and up to 64GB of eMMC storage.