EliteGroup Computer Systems (ECS) appears to have a new mini PC on the way. The ECS live Station is a small desktop computer with Windows 10, an Intel Bay trail processor, 2GB of RAM, and 32GB of storage.

It can also charge your phone wirelessly, thanks to a Qi charging pad built into the top of the computer. 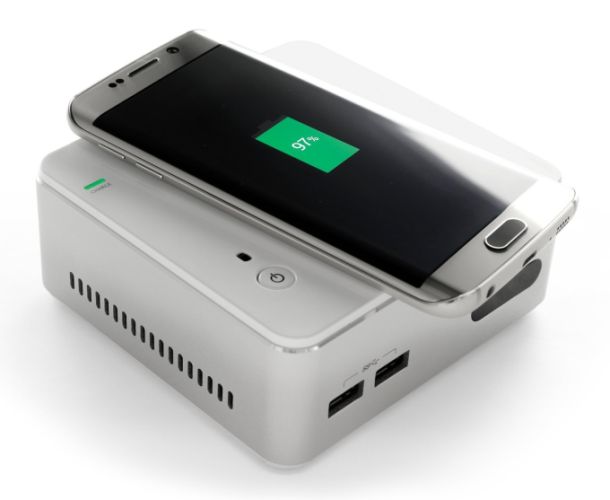 The ECS Live Station is up for pre-order in Japan for ¥ 37,778, and it’s expected to ship starting April 9th.

That’s about $335 US, but the Live Station will likely be a bit cheaper if and when it goes on sale in the US though, since computers tend to cost more in Japan.

While the wireless charging is an unusual feature, the rest of the computer’s specs are nothing to write home about. The system has an Intel Celeron N2830 bay Trail processor, an HDMI port, an IR sensor, USB 3.0 and USB 2.0 ports, Gigabit Ethernet, and a 3.5mm audio jack.

One nice feature is that the memory and storage seem to be upgradeable: the Amazon listing shows a few shots of the computer’s insides, and it looks like the Live Station uses laptop memory and a removable solid state drive for storage.