The ECS Live Q line of computers are palm-sized desktop PCs designed for simple applications such as digital signage or video conferencing. But they’re basically full-fledged PCs capable of running Windows, Linux, or other software.

The latest addition is the ECS LIVA Q3H, a compact computer powered by a low-power Intel Pentium Silver N6000 processor. ECS plans to show off at the GITEX Global show in Dubai next week. 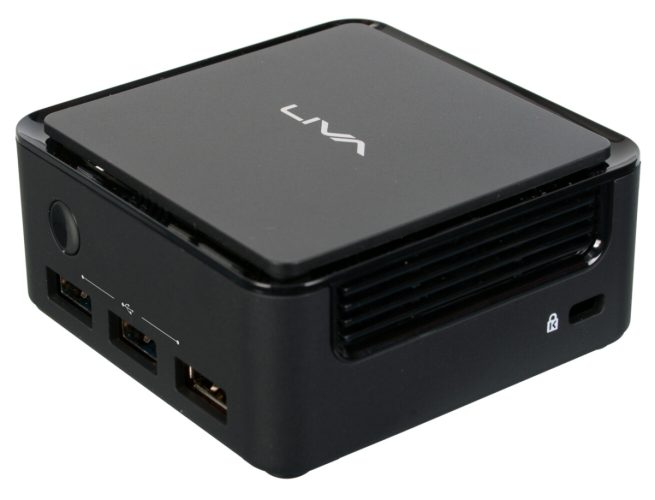 While full specs aren’t available just yet, the company notes that the LIVA Q3H has both two HDMI ports – one for output and another for input. ECS says that input allows content from other devices to be displayed on screen, which could come in handy when using the LIVA Q3H as a video conferencing device.

There’s also an Ethernet port and support for WiFi 5 and three USB ports on the front of the mini computer.

Under hood, the system is powered by Intel’s Pentium N6000 processor, which is a 6-watt, 4-core, 4-thread chip based on the company’s Jasper Lake architecture. The CPU has a base frequency of 1.1 GHz but support for burst speeds up to 3.3 GHz. And it features Intel UHD integrated graphics with 350 Hz base and 850 MHz burst speeds and 32 execution units.

While Intel says the Pentium N6000 processor can support up to 16GB of dual-channel DDR4 or LPDDR4x memory, it’s unclear how much RAM (or storage) the ECS LIVA Q3H will ship with.

The previous-gen LIVA Q2 (with an Intel Gemini Lake Refresh processor) only offered up to 4GB of RAM and up to 64GB of eMMC storage, while the newer LIVA Q3 Plus (with AMD Ryzen Embedded processor options) supports up to 8GB.