ECS is expanding its Liva Q line of tiny computers with two new models sporting ARM-based processors. The new ECS Liva Q1A and ECS Liva Q1A Plus both measure just 2.9″ x 2.9″ x 1.4″ making the little computer small enough to fit in the palm of your hand, much like the Liva Q1D and Q1L models that launched in 2020. 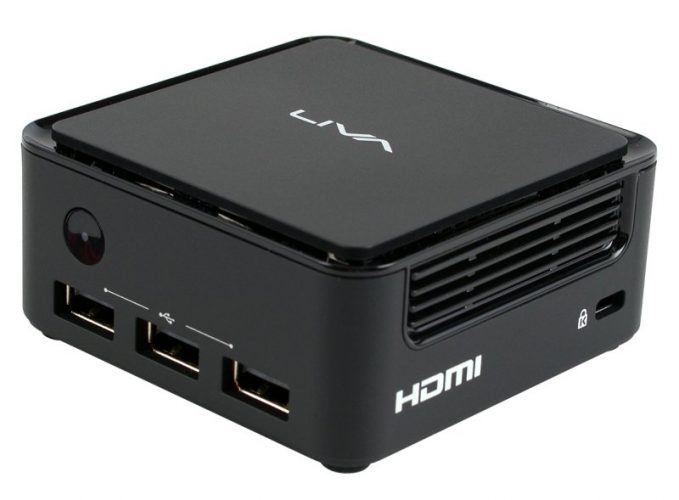 But while the older versions were Windows and Linux-ready PCs powered by Intel Apollo Lake processors, the new models are powered by Rockchip’s ARM processors and they’re designed to run Android 8.1 or Ubuntu 18.04 software.

ECS says the little computers feature a fanless design with an aluminum heat sink to keep the system silent and cool during operation. They feature 802.11b/g/n WiFi, Bluetooth 4.0, and Gigabit Ethernet support as well as HDMI 2.0 output with support for HDMI CEC remote controls.

The company is positioning them as solutions for digital signage, but they could also be used for other applications where small size is more important than Windows compatibility or blazing-fast speeds.

Here’s a run-down of the key specs for the new models, and how they stack up against their Intel-powered siblings.

4 replies on “ECS Liva Q1A is a 2.9 inch mini PC that runs Android or Ubuntu”