Elitegroup Computer Systems (ECS) has been offering tiny desktop computers under its Liva brand since 2013. But up until recently, every Liva computer has had one major drawback: they weren’t easy to upgrade.

That’s because the compact computers featured tiny system boards with embedded processors and storage soldered to the motherboard.

Then ECS launched the Liva One earlier this year, featuring a larger case design and an Intel Skylake processor. Now the company is unveiling a new model called the Liva Pro, which features a socketed, mini STX motherboard. In other words, you should be able to install any CPU that fits an LGA 1151 CPU socket. 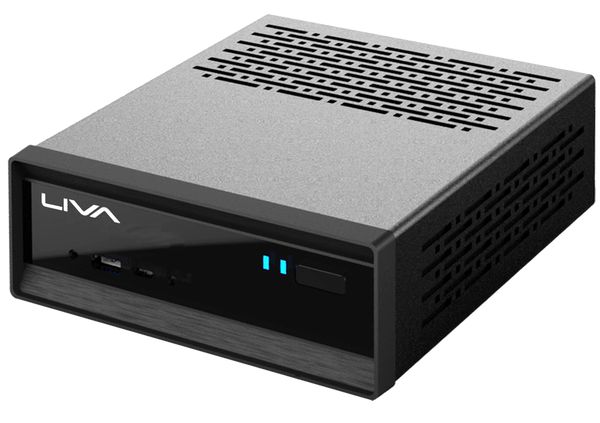 Most of Intel’s desktop Skylake chips should work, including Celeron, Pentium, Core i3, Core i5, and Core i7 processors.

ECS says the Liva Pro supports up to 32GB of DDR4 memory, has USB 3.0 Type-C ports, DisplayPort and HDMI ports, and a 2.5 inch drive bay for a hard drive or SSD.

The company unveiled a mini STX motherboard at the Consumer Electronics Show in January, but the Liva One will be the first computer from ECS to use the 5″ x 5″ board. It should be on display at the Computex trade show in Taiwan next week.

ASRock revealed its own mini PC with a mini STX board in April.