Taiwan-based ECS has unveiled a new mini-desktop PC with an Intel Atom Bay Trail-M processor and a price of $200 or less. The ECS LIVA is expected to go on sale in late April, and while the system will support Windows and other operating systems, it’ll ship without an OS.

Japan’s IT Media and PC Watch have details. 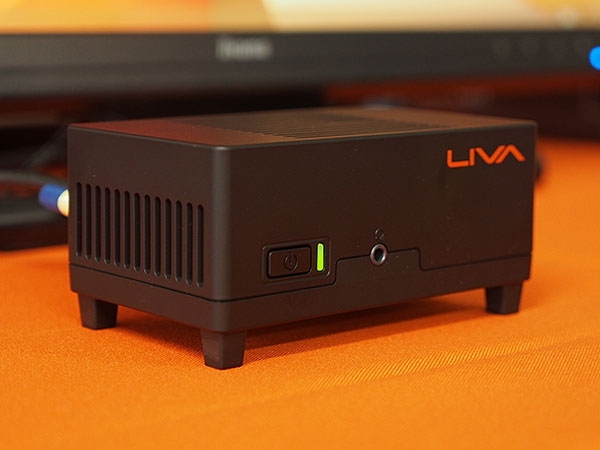 It has 2GB of RAM, 32GB of eMMC flash storage, 1 USB 3.0 port, 1 USB 2.0 port, HDMI, VGA and Ethernet jacks, and 802.11n WiFi and Bluetooth 4.0. Unfortunately the memory and storage are not upgradeable — they’re soldered to the motherboard.

ECS plans to offer the LIVA mini PC kit first in emerging markets where it could be positioned as a low-cost PC. Eventually it could make it to more developed markets where the system could be sold as a home entertainment PC.

Thanks to the low power components, ECS says you could power the LIVA from an external battery pack when you’re away from a wall jack. It also uses passive cooling thanks to a fanless heat sink.

At launch the ECS LIVA will support Windows 8.1, but the company says support for Windows 7 and Ubuntu Linux are also in the works.