Tablets like the Apple iPad, Google Nexus 7, Microsoft Surface, and even B&N NOOK HD and Amazon Kindle Fire lineup are multi-purpose devices. You can use them to surf the web, play games, watch videos, and do much more.

You can also use them to read books — and that’s likely a big reason that sales of dedicated eBook readers seems to be on the decline. 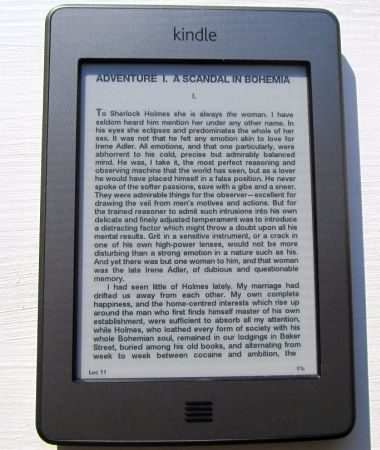 Analysts at iSuppli report that US shipments of eBook readers are down about 36 percent from last year, when more than 23 million units were shipped. This year the number is expected to fall just shy of 15 million.

The firm predicts that shipments could fall to under 11 million next year if the trend continues… meanwhile tablet shipments are expected to hit 120 million units in 2013.

It’s always worth taking this sort of prediction with a grain of salt. It wasn’t that long ago that analysts were predicting that netbooks would take over a huge portion of the laptop space — because based on the growth in the first year or two that the product category existed, it looked like that was what would happen.

Still, it’s not surprising that the rise of low cost tablets like the Nexus 7, NOOK HD, and Amazon Kindle Fire HD would have an impact on eReader sales. Why buy a device that just does one thing when you could spend a few bucks more and get a multi-purpose device that has long (although not quite as long) battery life, a high resolution display, and handles audio, video, and much more in addition to eBooks?

Actually, there are a few good reasons. Digital book readers with E Ink displays still tend to get better battery life than tablets, lasting for up to 30 hours on a charge. They’re also able to go as long as 2 months between charges since there’s not much of anything draining the battery when an eReader’s not in use.

E Ink displays are also easy to read outdoors in direct sunlight, unlike most tablet displays. In fact, devices like the Kindle, NOOK, Kobo Reader, and Sony Reader often look better in sunlight, because they rely on ambient light rather than backlights.

Some folks also claim that E Ink screens cause less eye strain than LCDs, but that seems to be a matter of personal preference — there doesn’t seem to be much consensus among eye specialists about that.

One reason I generally prefer reading on my Kindle than on a phone or tablet is that I’m easily distracted. It’s hard to focus on a book when your email, news feeds, and other data is just a tap away.

So for entirely selfish reasons, I hope the E Reader category stays active indefinitely. But I suspect Amazon, B&N, and other companies would be just as happy to sell eBooks exclusively to tablet owners.