Just days after the Amazon Kindle Fire HD started shipping, some of the first customers figured out they could root the tablet and install the Google Play Store.

Now there’s an easier way to root the tablet… and a method for installing Gmail and other Google apps without even bothering to root the Kindle Fire HD. 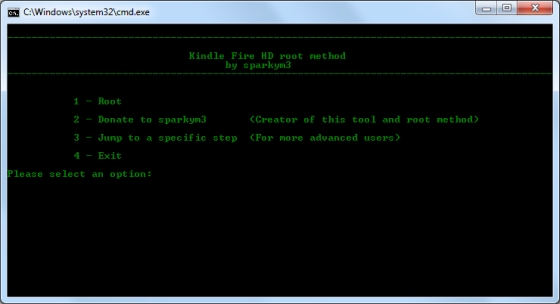 Instead of installing the full Android SDK and typing a series of commands in a terminal window, you can just download and unzip the tool, click the RootQemu.bat file, and follow the on-screen instructions.

You may need to install the Kindle Fire HD ADB drivers first, but sparkym3 makes those available too.

Installing (some) Google Apps without root

If you’re not sure you want to root the Kindle Fire HD, you can still install some apps that are normally unavailable on Android tablets.

That includes Gmail, Google Maps, YouTube and Currents… but not the Google Play Store or Google Talk. At least, not yet.

Xda-developers forum member abhijitxp has put together versions of these Google apps designed to play well with the Kindle Fire HD, along with instructions for installing them on the tablet.

Bear in mind that this isn’t a perfect solution. You can’t login to Google Maps, for instance, and it won’t be able to detect your location.

But at least you don’t have to root your tablet and risk accidentally deleting something important from the /system/ directory.