Qualcomm’s Snapdragon chips power a huge number of smartphones and tablets, but 2015 has been a rough year for the company. Samsung opted to use its own processor in most of its flagship devices, and the flagship Snapdragon 810 processor has been widely criticized for performance issues.

So what’s next for Qualcomm? The company plans to launch its Snapdragon 820 processor in 2016, and the company says it should offer better CPU and graphics performance, support for faster LTE and faster charging, and many other improvements.

While we probably won’t see phones or tablets with the new chip for at least a few months, Qualcomm has started giving some journalists an opportunity to test a smartphone-sized developer kit with a Snapdragon 820 chip, and early previews look pretty promising. 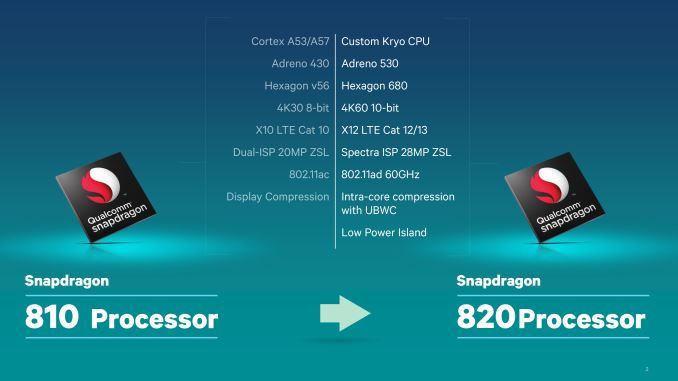 The folks at AnandTech and Tom’s Hardware have published detailed previews of the new chip, looking at the processor’s architecture and performance. If you want to get into the nitty gritty, you should check our their articles.

Generally speaking though, Qualcomm’s first processor with its 64-bit Kryo CPU cores and Adreno 530 graphics delivered on its promise, offering significant performance gains over the Snapdragon 810 chip. It also bested Samsung’s Exynos 7420 chips in some (but not all) tests.

On the other hand, the Apple A9 processor used in the latest iPhones still seems to be the chip to beat for most tasks.

It’s also worth noting that when the Snapdragon 820 launches in 2016 it won’t only be competing with this year’s chips. Samsung, Huawei, MediaTek, and other companies will all be launching new processors in the coming year.

One key question hasn’t really been answered yet: will the new chip overheat? Most of the performance issues associated with the Snapdragon 810 seem to be related to the chip’s tendency to run hot. Ask your mobile device to work too hard and the processor heats up… and then it throttles its clock speeds for a while in order to cool off so that your device isn’t damaged.

While we won’t know for certain if the Snapdragon 820 suffers from similar thermal issues for a while, it’s interesting to note that the developer kit Qualcomm is showing off is the size of a 6.2 inch smartphone, suggesting that the company is confident the chip can be shown in its best light in a phone-sized device. Well, a large phone-sized device anyway. In the past Qualcomm has sometimes chosen to showcase its chips with tablet-sized developer kits.