Intel’s Compute Stick line of computers are tiny PCs that are small enough to slide into your pocket, but powerful enough to plug into the HDMI port of your TV to run Windows 10 on virtually any display.

In 2015 Intel launched a model with an Intel Atom Bay Trail processor, and earlier in 2016 the company launched a slightly more powerful model with better WiFi and an Atom Cherry Trail chip.

Soon Intel will start selling its first model with a Core M processor… but Ian Morrison managed to get his hands on one a little early, and he’s shared some initial impressions on his blog. 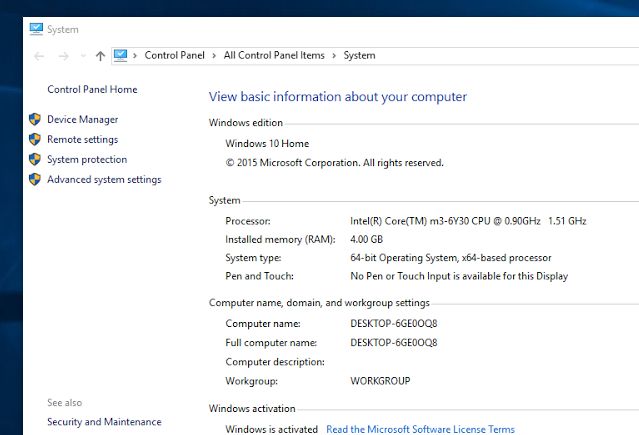 The model Morrison is testing is the Intel Compute Stick STK2M3W64CC with a Core M3 Skylake processor, 4GB of RAM, and 64GB of storage. It’s expected to sell for about $399. Intel will also offer a Core M5 model for $499.

Not surprisingly, Morrison notes that this model trounces Compute Sticks with Atom processors in benchmarks, including 3DMark, PassMark, and Google Octane.

What is a little more surprising (and a pleasant surprise, at that), is that Ubuntu Linux works quite nicely on the Core M Compute Stick. There are no problems delivering audio over HDMI, as there are with the Cherry Trail model.

Morrison says he’s been able to run Ubuntu from a microSD card and Chromium OS from a USB drive. He was also able to use a custom bootloader tool he developed to boot Ubuntu from a downloaded disk image, without actually installing it on the device’s built-in storage. 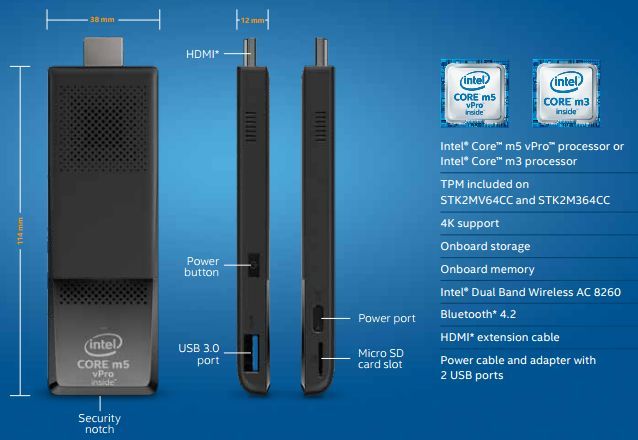 Oh, and speaking of storage, based on Morrison’s CrystalDiskMark results, it looks like the Core M Compute Stick has faster data write speeds than the Cherry Trail model I tested earlier this year.

Another difference between the Core M model and versions of the Compute Stick with Atom processors is that Intel includes two extra USB 3.0 ports on the power adapter for the model Morrison is testing.

You can find more details at Morrison’s blog, where he’ll also be posting a full review after he spends a little more time testing the Compute Stick.